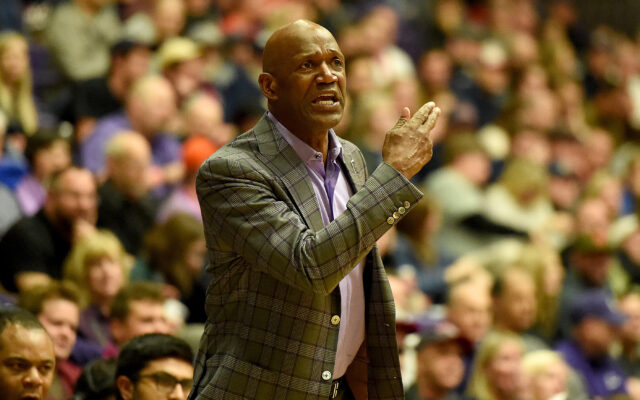 PORTLAND, OREGON - JANUARY 02: Head coach Terry Porter of the Portland Pilots yells out to his team during the first half of the game against the Gonzaga Bulldogs at Chiles Center on January 02, 2020 in Portland, Oregon. (Photo by Steve Dykes/Getty Images)

PORTLAND, Ore. – A Blazer legend is out as men’s basketball coach at the University of Portland.

Terry Porter went 43 and 103 in five seasons on the Bluff.

Assistant Ben Johnson will take over in the interim.

Here’s the official statement from the school:PORTLAND, Ore. – University of Portland Athletics has announced a change in the leadership of the men’s basketball program, effective immediately. Terry Porter, who is in his fifth season with the Pilots, will be replaced on an interim basis by assistant coach Ben Johnson.

“I would like to thank Coach Porter for his service to the University,” Portland Vice President for Athletics, Scott Leykam said. “The timing of these changes is never ideal, especially with all the disruptions this season that have been brought on by the COVID-19 pandemic. Ultimately, it was decided that it was best to move forward now and focus on the future of the program and the search for the next head coach.”

The Pilots are currently 6-11 on the season and 0-8 in the West Coast Conference. Portland is scheduled to host the Pepperdine Waves on Saturday at 4 p.m.