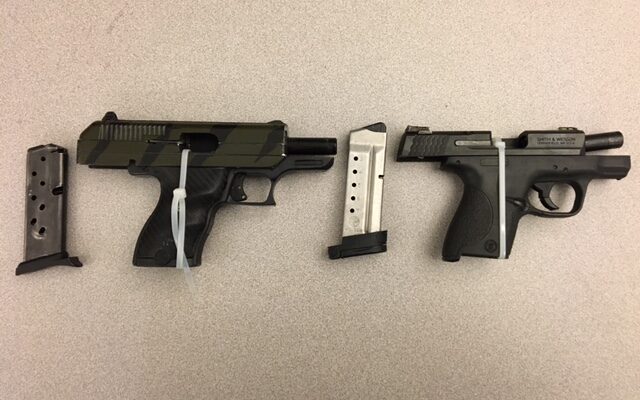 The Focused Intervention Team was patrolling the Wilkes neighborhood, which has been impacted by gun violence.  Officers saw a vehicle driving recklessly and pulled the driver over.

A 16-year-old and 15-year-old were arrested on firearms charges.  Two guns were taken off the streets.  The driver was also charged with reckless driving and the passenger had a warrant for violating probation.