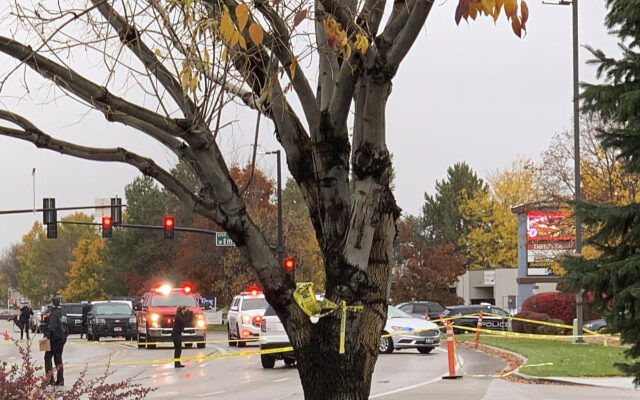 Police close off a street outside a shopping mall after a shooting in Boise, Idaho on Monday, Oct. 25, 2021. (AP Photo/Rebecca Boone)

BOISE, Idaho (AP) — Police in Boise, Idaho, said Monday that five people and a police officer have been injured in a shooting at a shopping mall. They say one person is in custody.

Police on Twitter said they are working their way through each business at the mall, but don’t have information indicating additional threats.

Police are asking people to avoid the area.

The Boise Towne Square shopping mall is located in Idaho’s largest city and is the city’s largest mall.

Police were interviewing dozens of people outside the entrance to Macy’s, one of five large department stores at the mall that has 153 stores in all.

Police are also investigating what appears to be another crime scene at a restaurant near the mall.