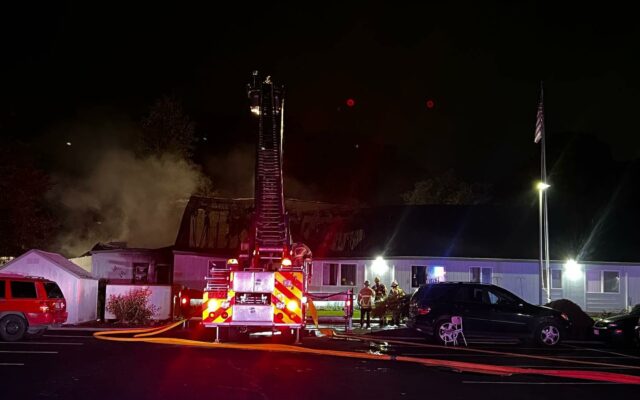 ST. HELENS, Ore. (AP) — An explosion and fire last week at the Columbia Hills Retirement Center in St. Helens, Oregon, that killed one person was a human-caused accident.

Columbia River Fire & Rescue officials said the explosion was caused by oxygen tanks stored in the apartment where the fire started at about 12:30 a.m. Oct. 5.

St. Helens Police officers responded to the fire and rescued several residents from the building by pulling them through windows.

Firefighters found Newman unconscious in the hallway of the building where the fire started. They got her out of the building and despite efforts to revive her, she died at the scene, authorities said.

Columbia River Fire & Rescue said the complex had working smoke detectors and were loud enough to alert tenants to the fire. But the building did not have a sprinkler system, which was not required when it was built, firefighters said.

The Red Cross is helping the residents who were displaced.