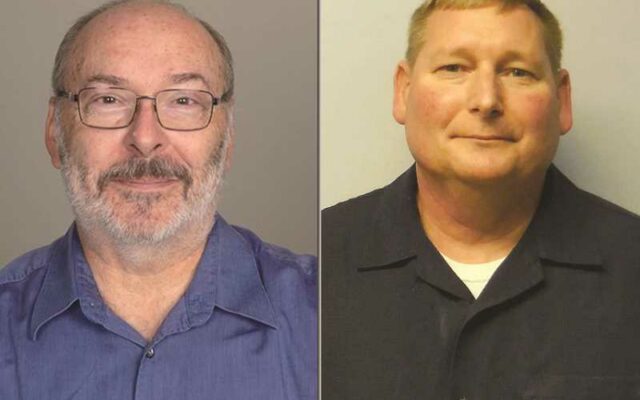 Donald, Ore – Every. Vote. Counts. The race for Mayor in the small town of Donald, Oregon is coming down to just four votes. The results will be certified by officials on Monday. This could be one of the tightest races of the entire 2020 election for a Mayoral office. Former Donald Mayor Rick Olmsted is the current leader in the race. He lost his re-election in the last election in 2018, against the current incumbent Mayor Brad Oxenford. Now the former Mayor is ahead of incumbent Mayor Oxenford by just four votes.

Donald only has 668 registered voters, meaning a difference of four votes is actually not enough to trigger an automatic recount under Oregon law. But election officials in Marion county tell KXL’s Jacob Dean they have completed a hand recount on this race and will certify results Monday. We have been told final results could end up being a difference of five votes in favor of former Mayor Olmsted, but that has not been certified yet.

On top of the fact that only four votes separate the two candidates, six people voted for write-in candidates, and eight ballots had bad signatures. Letters were sent out to the eight voters about their bad signatures, but they were not fixed by the deadline.

Former Mayor Olmsted tells KXL’s Jacob Dean – he loves Donald and believes he can contribute to the town’s success. He says being the Mayor is not just a solitary effort. There is a six-person city council the Mayor is apart of, made up of seven citizens working together to try to make Donald a better place. The positions are volunteer positions.

We emailed Mayor Oxenford and received an immediate reply from the City Manager saying the Mayor works full time and providing a phone contact. KXL will follow up with Marion county officials after results are certified, and will reach out to both candidates for updates. Check back for updates. 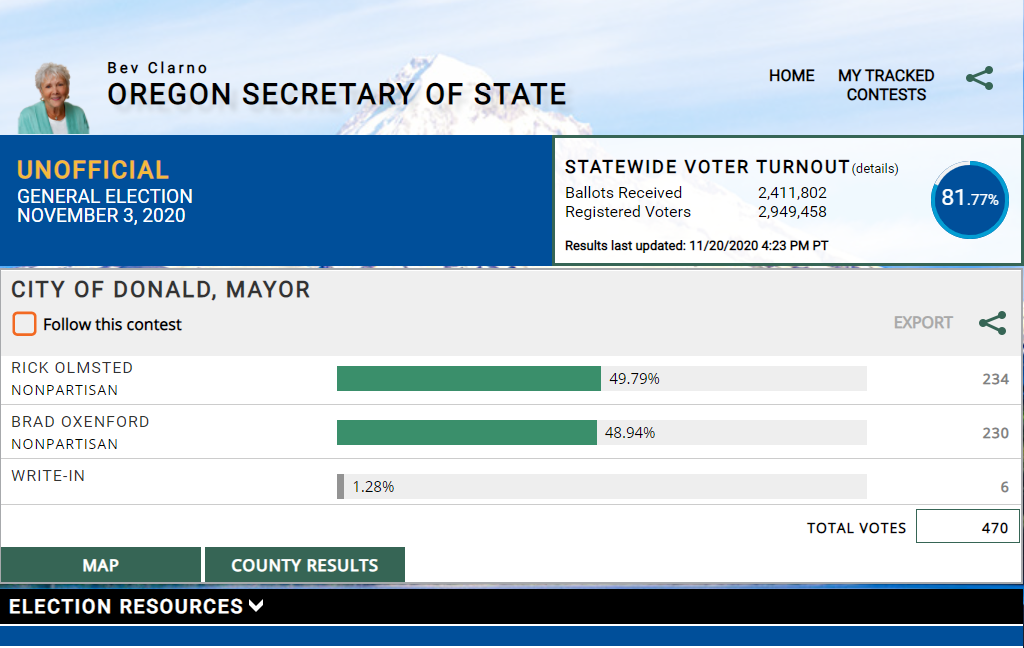