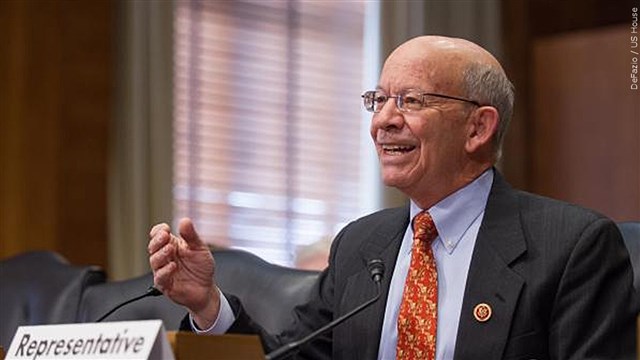 The Democrat from Springfield has represented the state’s 4th District since 1987.

He also serves as chair of the House Committee on Transportation and Infrastructure.

“With humility and gratitude, I am announcing that I will not seek re-election next year. It’s time for me to pass the baton to the next generation so I can focus on my health and well-being. This was a tough decision at a challenging time for our republic with the very pillars of our democracy under threat, but I am bolstered by the passion and principles of my colleagues in Congress and the ingenuity and determination of young Americans who are civically engaged and working for change.”

He served on the Lane County Commission before running for Congress.

With humility and gratitude I am announcing that I will not seek re-election next year. Read my full statement here: https://t.co/r690H0vRgu pic.twitter.com/btuTMrBHvL

Reaction is pouring in on Wednesday’s announcement;

@RepPeterDeFazio may not be the tallest member of the Oregon delegation, but he is a legislative giant in the mold of his hero, Wayne Morse.

“When I was elected to Congress, I learned there are people here to get things done and people here to get attention. Chairman Peter DeFazio is clearly someone who gets things done. He has dedicated decades of his life to serving Oregonians and Oregon. We have all benefitted from his tireless work and commitment to the people of the 4th District.

“As Chairman of the House Committee on Transportation & Infrastructure, Peter has put the needs of Oregonians at the forefront of national discussions about the investments we need to address the climate crisis and make our state and country stronger. When Peter speaks, people listen. His years of advocacy and leadership also played a large role in President Biden signing into law the historic Infrastructure Investment and Jobs Act this year. We’ve worked closely together on legislation that will make our communities safer in the event of natural disasters like earthquakes and tsunami. I am grateful for his partnership and friendship, and look forward to continuing to work together for the remainder of this session of Congress.

“Peter has never been one to shy away from fighting for what’s right. His candor, tenacity, and passion will leave a legacy that cannot be replaced. Also, Go Ducks!”

“Peter DeFazio blends all the best qualities of a top-notch legislator – he’s an effective, passionate and powerful advocate who always puts the best interests of his constituents first,” Wyden said. “Thanks to Peter DeFazio, roads, bridges and transportation systems in Oregon and nationwide are stronger, last longer and are cleaner and greener.”

“Oregonians always know with full confidence that Peter stands proudly in the vanguard of the battle for good jobs, strong transportation and ensuring everybody gets a fair shake,” Wyden said. “I very much look forward to working with my friend for the rest of his term as he continues to build on that outstanding legacy that’s helped countless Oregonians in his district and statewide.”

.@RepPeterDeFazio: Congratulations on your retirement! Thank you for your decades fighting for working Oregonians, striving to improve health care, housing, education, and good-paying jobs. No one has done more to improve infrastructure and rebuild America—we'll greatly miss you.

Thank you, Chair @RepPeterDeFazio, for your years of public service and for laying the tracks to a better and safer transportation future for our country. https://t.co/dROMctELo6