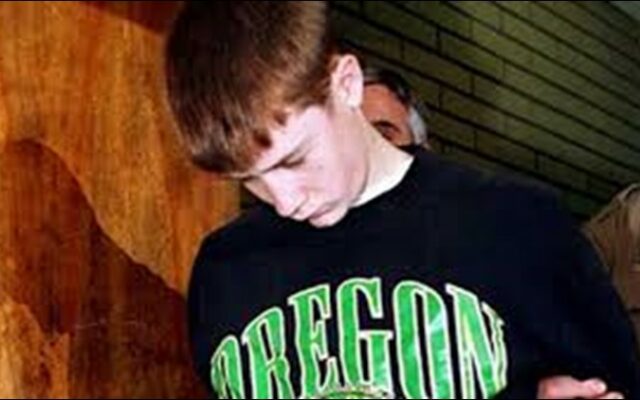 SALEM,Ore– Kip Kinkel is 38 years old now. He was 15, in 1998 when he killed his parents and then went to Thurston high School killing 2 students and injuring 25 others.  He is serving a 112 year sentence related to those crimes.  He tells the Huffington Post, “I feel tremendous shame and guilt.”  “I’ve never done this. I’ve never done an interview partly because I feel tremendous,tremendous shame and guilt for what I did. There’s an element of society that glorifies violence, and I hate the violence that I’m guilty of.  I never wanted to do anything that’s going to bring more attention.”

The article detail’s Kinkel’s childhood , voices he heard that made him commit the crimes he did.  Kinkel was diagnosed with paranoid schizophrenia.