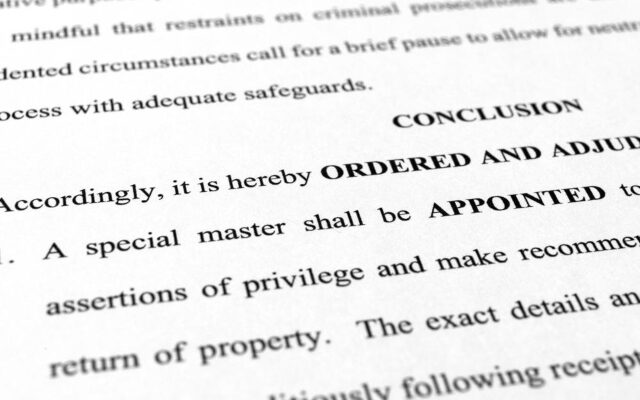 A page from the order granting a request by former President Donald Trump's legal team to appoint a special master to review documents seized by the FBI during a search of his Mar-a-Lago estate is photographed Monday, Sept. 5, 2022. (AP Photo/Jon Elswick)

The selection of Raymond Dearie, a former federal prosecutor who for years served as the chief judge of the federal court based in Brooklyn, came after both the Justice Department and Trump’s lawyers made clear that they would be satisfied with his appointment as a so-called special master.

U.S. District Judge Aileen Cannon refused a Justice Department request to lift her temporary prohibition on the department’s use of the roughly 100 classified records that were taken.