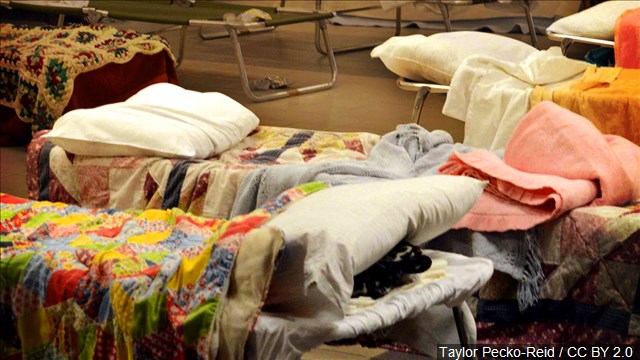 PORTLAND, Ore. (AP) — A vacant Greyhound bus station in downtown Portland will be opened temporarily as a homeless shelter.

The site will have around 100 beds and be open 24 hours a day until the end of March, The Oregonian/OregonLive reported.

Priority will be given to people experiencing homelessness who are over 55, have disabilities or are military veterans, according to Portland and Multnomah County officials. It’s tentatively planned to open in mid-November.

The bus terminal operated for over 30 years until Greyhound moved from the 30,000 square-foot space last year and it was put up for sale. Portland and Multnomah County, through the Joint Office of Homeless Services, agreed to pay $30,000 a month for the site’s main floor and outdoor loading area for the temporary shelter, according to the city and county.

The bus site is among three Portland locations recently announced as temporary homeless shelters planned to be open 24 hours until the end of March.