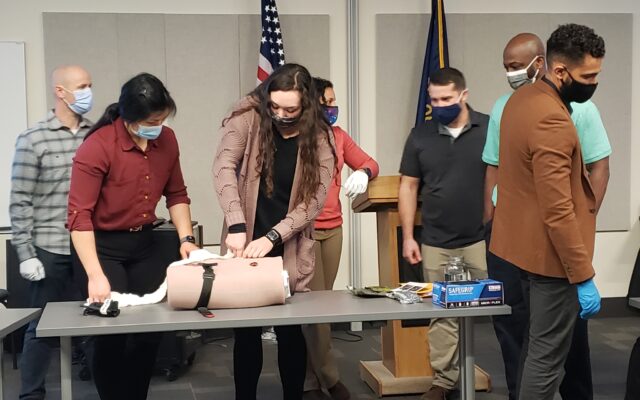 PORTLAND, Ore– Replacing GVRT, Focused Intervention Team (FIT) will working streets and neighborhoods beginning January 19th. Kenneth Duilio, is the  acting Lt. in charge of the team. The team is made of 12 officers and 2 sergeants.

The number one thing the team will be doing is responding to shootings in progress, apprehend suspects and respond to the actual crime scene conducting the initial investigation then pass it on to the Enhanced Community Safety Team Detectives.

The FIT oversight group (COG) has been involved in every aspect of the intervention team from the start.  The team is one of the most diverse within the Portland Police Bureau with a number of women and people of color.  The experience levels within the bureau range from officers with a couple years on and the most senior officers have 20 years in.

“Portland went through 18 months of the worst gun violence the city has ever seen,says Lt. Duilio.”  Officers will train 65 hours prior to their first time out on the streets on January 19th.