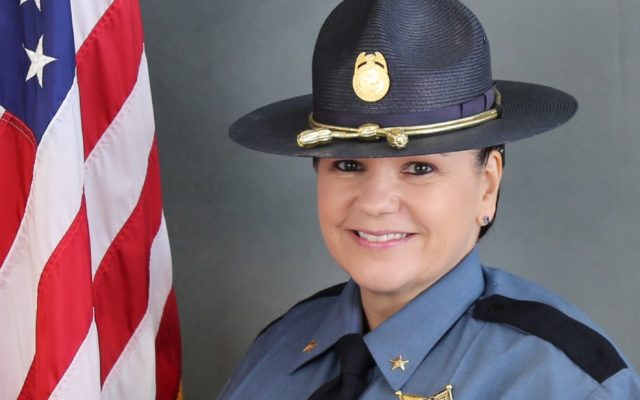 Salem, Ore. – Today Oregon Governor Kate Brown made local history by appointing the first woman ever to lead the Oregon State Police. Deputy Superintendent Terri Davie will take over at the beginning of November.  Read more from OSP and Governor Brown:

“I am profoundly grateful and humbled to Governor Brown at the opportunity she is affording me to lead the Oregon State Police into the future as we prepare to say thank you and job well done to Superintendent Travis Hampton. The Oregon State Police is comprised of dedicated, professional and honorable people that are committed to serving all. It is my honor to represent them and be their voice and advocate during this time of national turmoil that surrounds the profession of policing. Oregon’s Troopers and all members of the Oregon State Police are remarkable individuals full of compassion and heart for this state, its’ people and its’ natural resources. I am proud to have the opportunity to work beside them and to lead them as we continue to advance policing in Oregon,” shared Terri.

“Terri brings a wealth of law enforcement experience to this role and a strong record of leading by example,” said Governor Brown. “She brings a focus on inclusivity and is dedicated to listening to community voices—including Oregon’s Black, Indigenous, People of Color, and Tribal communities—as we work towards a more fair and just law enforcement system in Oregon. I look forward to her leadership as we do the hard work of transforming law enforcement standards and training and putting the state on a path toward racial justice.”

Davie steps into this role with nearly 24 years of law enforcement experience in Oregon. She began her career with the Oregon Department of Corrections, where she worked her way up from a Correctional Officer to a Lieutenant at the Oregon State Penitentiary. In 2001, Terri began her career with the Oregon State Police as a Patrol Trooper assigned to the Albany Area Command. Over the years, Terri has served in many different assignments, including a Technical Collision Investigator, a Major Crimes Detective, a Crisis Negotiator on the agency’s SWAT Team, and as a Station Commander at the Capitol Mall Area Command. She has served as OSP Deputy Superintendent since July 2016. She holds an Advanced Law Enforcement Certification and is an active member of the FBI National Executive Institute and both the International and Oregon Association Chiefs of Police.

Davie’s first day as OSP Superintendent is November 1, and she will be subject to Senate confirmation. Davie fills this role following the announcement of Superintendent Travis Hampton’s retirement. Governor Brown thanked Superintendent Hampton for his long and distinguished career with the Oregon State Police.