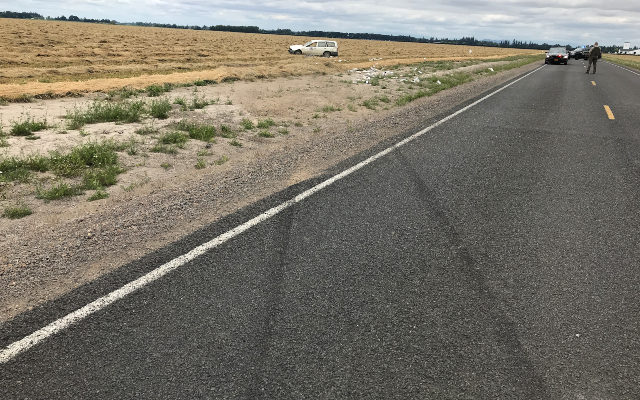 A woman delivering mail for the U.S. Postal Service rolled her vehicle south of Corvallis in Benton County just after 2:00pm.  She’s identified as 23-year-old Ashley Kropf of Halsey.  Investigators are not sure what caused her to drive off Llewellyn Road about one mile west of Highway 99W.  There’s no indication that alcohol or drugs were involved.

The second crash happened just before 6:30pm on Highway 20 as a driver crossed the intersection with Highway 22 in Linn County.  Investigators say 20 year-old Kaitlyn Allen of Salem was killed when a pick-up driven by 51-year-old Corey Brett of Creswell turned in front of her.

Investigators say another driver was killed when he crossed into oncoming traffic on Highway 97 near mile post 118 in Deschutes County and collided with a vehicle just before 9:00pm.  He’s identified as 21-year-old Beauden Yetter of Terrebonne.  Two people, Surun and Mean Roth of Stockton, California were treated for injuries at the hospital.

Finally in Multnomah County, a driver crashed into a pole around 11:15pm near Southeast 102nd and Powell Boulevard in Portland.  36-year-old Saw Poe Tu was taken to the hospital with severe injuries and later died.