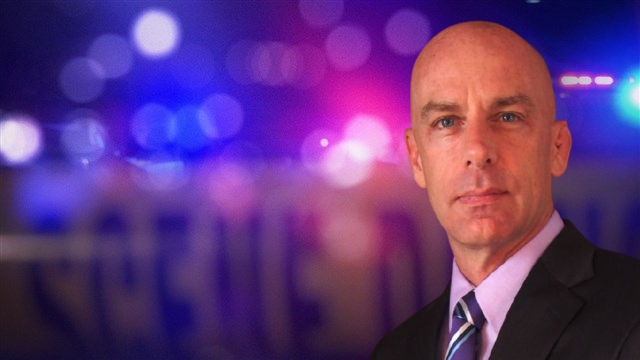 PORTLAND, Ore. — Mike Meyers has worn many hats within public safety.  He’s been Portland’s Fire Chief.  He also became the Emergency Manager for the City of Portland.  In March of 2021, Mayor Ted Wheeler appointed Meyers to a brand-new position with the title of Community Safety Transition Director.

KXL’s Rosemary Reynolds had the opportunity to spend time with him and learn more about what he does everyday.

The Portland Police Bureau, Portland Fire and Rescue, the Bureau of Emergency Communications and the Portland Bureau of Emergency Management are all bureaus that Mike has to look into.  Part of his job is to align those bureaus together, consolidating some of the work they do.  His work plan primarily focuses on consolidating finances, strategic planning, and the regular budget process over all four safety groups.  That would increase proficiencies and efficiencies.

Other parts of his job include putting together a community safety plan that could create a more vibrant city and reduce violent crimes.  He’s also researching whether callers are getting to the right agencies.  If not, what does the city want to do about that?  The third area asks what service models should be developed taking us from where we are today to a more modern Emergency Services Division.

Meyers also picks up on whatever comes along.  His team is often asked to take up project management of an issue within community safety taking a leadership role.

“I am absolutely compelled to do everything I can to solve these problems,” Meyers tells FM News 101.

His team is doing a huge amount of work with a very small staff.  Everything is pressing.  The city needs to have plans in place to reduce crime and keep vibrant neighborhoods from burning.  Part of Meyer’s job is to identify neighborhoods that need help, talk with community members, then start reinvesting and creating vibrancy back in those places.  This bridging wealth gaps, poverty and making sure policing plans are chosen that can easily be incorporated into neighborhoods.

No bureau alone is going to solve the problems.  Meyers believes his job is to identify all the players and then get them to do their part in aiding the needs of communities within the city.  Evidence supported data will be critical.  Right now, investments are required including those looking 10 or 20 years ahead.

Emergency communication is critical.  9-1-1 has been left behind.  Call volume hasn’t been managed for years.  Even non-emergency calls were sent that way.  Police and fire were getting those calls even though they might not be the right bureaus to handle the issue.  3-1-1 needs to be used efficiently.  The Bureau of Emergency Communications hopes to put in for more call takers.  The NENA Standard: 90% of all 911 calls should be answered within 15 seconds.  In December 2021, BOEC answered 40,489 9-1-1 calls; 34% in 15 seconds and 38% in 20 seconds.  In 2021 nationally, the 311 program answered 89% of calls in 25 seconds or less. Money is being allocated to design a 311 program so workers can be hired and trained to answer those calls here in Portland.