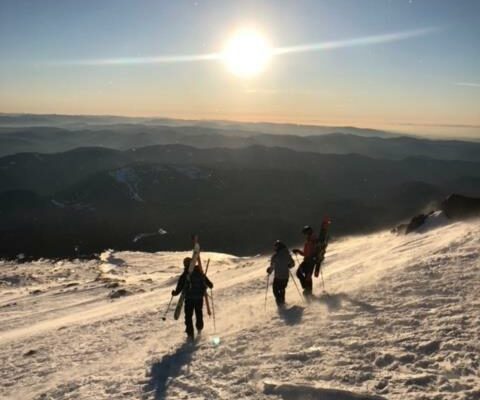 Early Friday Afternoon search and rescue crews were called out on a climbing accident on Mt. Hood after 32 year old Caroline Sundbaum of Portland had fallen into a fumarale in the Devil’s Kitchen Area.

The area was located at around 11,200 feet of elevation.

A fumarole is an opening that emits steam and volcanic gases as Mt. Hood is an active volcano.

According to authorities “Another climber in the area had seen Sundbaum sit down on her pack to rest. A few moments later, he noticed Sundbaum had disappeared. He realized there was a hole in the snow where she’d been sitting.”

Authorities say “It’s fortunate another climber witnessed this incident — it would have been extremely difficult to locate Sundbaum otherwise, and the air inside fumaroles can be toxic and potentially deadly.”
According to authorities the man that called 911 then took immediate action as he was able to make his way to the fumarole and lower rope down to Sundbaum.

He then hoisted her out to safety.