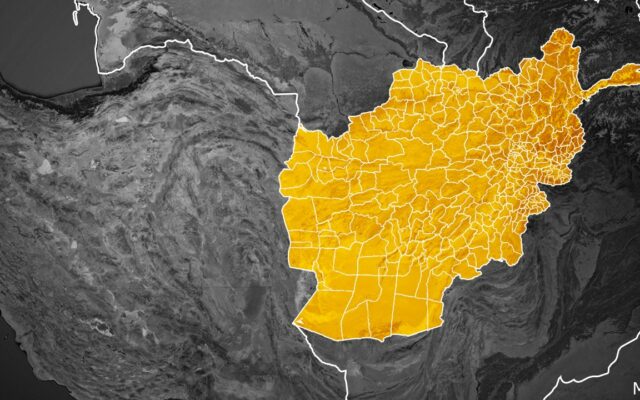 WASHINGTON (AP) — President Joe Biden is expected to issue an executive order on Friday to move $7 billion of the Afghan central bank’s assets frozen in the U.S. banking system to fund humanitarian relief in Afghanistan and compensate victims of the Sept. 11, 2001, attacks, according to a U.S. official familiar with the decision.

The order will require U.S. financial institutions to facilitate access to $3.5 billion of assets for Afghan relief and basic needs. The other $3.5 billion would remain in the United States and be used to fund ongoing litigation by U.S. victims of terrorism, the official said. The official spoke on the condition of anonymity because the decision had not been formally announced.

International funding to Afghanistan was suspended and billions of dollars of the country’s assets abroad, mostly in the United States, were frozen after the Taliban took control of the country in August.

The country’s long-troubled economy has been in a tailspin since the Taliban takeover. Nearly 80% of Afghanistan’s previous government’s budget came from the international community. That money, now cut off, financed hospitals, schools, factories and government ministries. Desperation for such basic necessities has been further exacerbated by the COVID-19 pandemic as well as health care shortages, drought and malnutrition.

The lack of funding has led to increased poverty, and aid groups have warned of a looming humanitarian catastrophe. State employees, from doctors to teachers and administrative civil servants, haven’t been paid in months. Banks, meanwhile, have restricted how much money account holders can withdraw.

The official noted that U.S. courts where 9/11 victims have filed claims against the Taliban will also have to take action for the victims to be compensated.

The Justice Department had signaled several months ago that the Biden administration was poised to intervene in a federal lawsuit filed by 9/11 victims and families of victims in New York City by filing what’s known as a “statement of interest.” The deadline for that filing had been pushed back until Friday because the department said the administration needed to resolve “many complex and important” issues that required consultation with “numerous senior officials and executive agencies and components.”

The executive order is expected to be signed by Biden later on Friday. The New York Times first reported on the coming order.

The Taliban have called on the international community to release funds and help stave off a humanitarian disaster.

The Taliban are certain to oppose the split.

As of January the Taliban had managed to pay salaries of their ministries but were struggling to keep employees at work. They have promised to open schools for girls after the Afghan new year at the end of March, but humanitarian organizations are saying money is needed to pay teachers. Universities for women have reopened in several provinces with the Taliban saying the staggered opening will be completed by the end of February when all universities for women and men will open, a major concession to international demands.

In recent months, Afghans have been able to withdraw only $200 weekly and that only in Afghanis, not in U.S. currency. Afghanistan’s economy has teetered on the verge of collapse.

Under the previous U.S.-backed government, 80% of Afghanistan’s economy was financed by international money. That evaporated when President Ashraf Ghani fled Kabul on Aug. 15 and the government disappeared, leaving the door open for the Taliban to walk in.

The United Nations last month issued an appeal for nearly $5 billion, its largest ever appeal for one country, predicting nearly 90% of the country’s 38 million people were surviving below the poverty level of $1.90 a day. The U.N. also warned that upward of 1 million children risked starvation.

David Miliband, head of the International Rescue Committee, urged release of the funds to prevent famine, at a Senate Judiciary Subcommittee hearing on the matter Wednesday.

“The humanitarian community did not choose the government, but that is no excuse to punish the people, and there is a middle course — to help the Afghan people without embracing the new government,” Miliband said.