2020 and the Movies: Like Everywhere Else in the Rest of Our Lives — The Year Sucked! 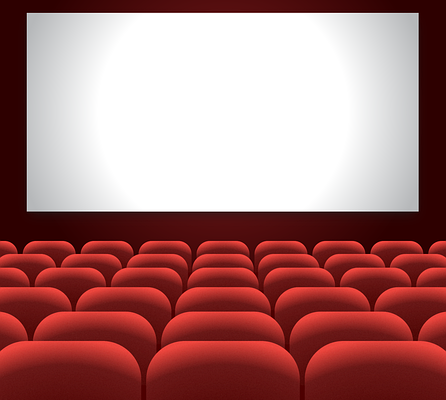 Please note the empty theater. They have all been empty since March.

Movies and how we see them radically changed in 2020. How they’re presented in the future will likely stay changed. What won’t happen is theaters becoming obsolete as some predicted early in the pandemic. You will — however — see more movies streamed but theaters will still be the priority target of studios and producers.

Here’s why I make this prediction.

The studios and producers spend many millions of dollars on some films. The streaming that happens after those films finish theater runs are gravy that add to the overall profits. Here’s an example. Worldwide in 2019, Avengers: Endgame brought in $2.797 billion. You’re not going to see that kind of income when you just stream a movie.

What you are likely to see is what we saw with Wonder Woman 1984. It’s a combination theater release with a streaming platform. The film opened in states where theaters remain open. At the same time, Warner Brothers released the movie on HBO Max.

The studio says it is going to do that with all of its movie releases in 2021.

Disney did something similar with Mulan. It bagged the theater release and sent the film to Disney+. You still had to buy the movie. However, in the case of a family flick like Mulan, purchasing it on Disney’s site is less expensive than taking the kids to a theater.

Other studios are likely to follow suit with their products.

Here’s why this might not work as planned. Not everyone has HBO Max, or Disney+, or Netflix, or Hulu, or other streaming sources. If I don’t have HBO Max, and if theaters are closed in my state like they are in ours, then I don’t see Wonder Woman 1984.

It will — I suppose — generate more competition between the streaming outlets and could lead to bidding wars and get those platforms to reduce the cost of their service.

Last I heard Regal Cinemas had suspended operation of all of its U.S. theaters and AMC was thinking bankruptcy. I don’t see Regal nor AMC going under. Since every theater in every city has the same movies showing in them, you’ll likely see some theaters close but not all.

The real worry I have for theaters is the independent theater operators in smaller cities. Small theater owners don’t have lots of investors, huge credit lines and the deep pockets to survive. If things to open up pretty soon, I suspect a lot of them will go under.

Being a critic in 2020 was also a bust. I’ve been critiquing movies for over 30-years . Before COVID I’d see an average of three movies a week. Some weeks that number leapt to five or six. During the holidays the number can stretch as high as 10.

In mid-March it all stopped.

Stay at home orders were issued and businesses closed. Eventually small businesses were allowed to reopen with restrictions and by mid-summer restaurants were able to seat people inside.

In Washington State in October — with some assistance and a push from this critic — Governor Jay Inslee was shown how theaters are actually safer to go into than restaurants and other businesses. I won’t go into a lot of detail, but it really is true. The governor opened them and then shut them again a little over a month later.

They — along with restaurants — are still closed.

Back to the number of movies I used to see. There isn’t a critic anywhere who — at one time or another — doesn’t get really tired of movies. This is especially true of those eight movie weeks when seven of the eight suck. Sometimes I see so many of them in a week that they all blend together.

It wears you out.

Then along comes your deadline. It’s rushing toward you and there you sit. The computer screen is blank and you have nothing original to say. There isn’t a critic anywhere who — at that point — hasn’t ranted about bagging the career.

Of course we won’t, and don’t but the temptation is there.

Then along comes COVID-19. The last movie I saw before theaters closed was The Hunt on March 11th. For years my life revolved around theaters, movies and the next screening. Weekdays and evenings were packed with movies. Then all of the sudden they’re gone. Worse, there is no clear idea when they’re going to return.

Seven months after theaters were closed, I was finally allowed to step into a theater again. It was mid-October and I saw Christopher Nolan’s, Tenet. I bounced breathlessly into the auditorium like a five-year old child going to see Santa for the first time.

The movie sucked but I didn’t care.

Every movie I’ve seen since March — other than Tenet — has been streamed to a TV set from an email link. The links are private and are specifically for critics. Studios haven’t quite gotten the hang of streaming. The technology challenge involved in streaming movies is daunting.

There are several layers to go through just to get to the movie and then they regularly stop streaming because the Internet service I have can’t keep up with the bit rate or some such thing. Or the link expired 20-minutes before I decided to give the movie a view, or — as one of the systems often tells me — I have too many devices on the service. Since I only stream from one computer, I find that kind of difficult to understand.

Worst of all, I hate movies on TV. I want to see them in a theater where they are meant to be seen.

COVID has also done great harm to the industry of making movies. Most of the films I saw in 2020 were the B-list. Like movies last year and years before, some are awful and some are good. As for the good ones, they’re just not the cream of the crop.

The studios, producers and investors aren’t going to release those films with the risk of having only a few people at a time see them. So — in my usual round about way — here’s what I thought about what was released.

My favorite movie: Rent-a-Pal. It’s pure guilty pleasure. In fact, it’s so good that Jon Stevenson’s written and directed movie is also going to land on my all time favorite horror movie list.

The story is set in 1990. Brian Landis Folkins is David. To relieve the yawning loneliness that has become his life, David has joined a dating service. Sadly, the guy isn’t all that hot-looking and with an on-camera personality that adds up to zero, David hasn’t generated much interest.

One day while at the dating service office David picks up a VHS tape for a different service called, Rent-A-Pal. He starts watching the video. Andy is the guy on the tape. He’s played by a bearded Wil Wheaton of “Star Trek: Next Generation” fame. During his monologue on the tape Andy asks rhetorical questions.

As the movie progresses, and as David slips toward madness, the rhetorical questions seem more like real conversation and the conversation gets deeper. Of course, Andy really isn’t conversing with David. Or is he?

Favorite two and about Onward: What a sweet movie. One of Disney’s best. Two boys have a chance to raise their late father from the dead and keep him for 24-hours. Something goes wrong and only dad’s bottom half shows up. A wordless dad turns out to be one of the year’s best characters.

It also made me wish I could spend a day with half of my late father.

The rest of the best:

Hillbilly Elegy — Ron Howard’s biopic of J.D. Vance’s early life features some of the year’s best acting. The best — however — comes from Glenn Close who is way, way overdue an Oscar.
The Trial of the Chicago 7 — The year’s best ensemble acting is here. It had me reliving my Vietnam war protesting and surely will give Frank Langella a deserved Oscar.

COVID also blessed us with the release of very few redos or remakes: The two I can remember are Downhill and Fantasy Island. Downhill was a remake of a much better Swedish film, Force Majeure. As horrifyingly bad as the 1970s TV show was, under the Blumhouse label Fantasy Island managed to actually become a horror movie.

Still too many super hero movies: The best of the bunch is The Wonder Woman 1984 and its just so-so. I didn’t see The New Mutants nor Sonic the Hedgehog. The others — Freaky, Come Play, Nocturne, Evil Eye and The Invisible Man — pretty much sucked

Documentaries: Early in the pandemic that’s about all that was being streamed by studios. I’ve always loved documentaries and was blessed to see a few very good ones. They include Truth is Our Only Client: The Official Investigation into the Murder of John F. Kennedy and My Darling Vivian about country music star, Johnny Cash’s first wife.

Both films were incredible. I also was blessed to talk at length about the Kennedy assassination with a judge who was part of the Warren Commission investigation and with one of Cash’s daughters.

How about this? I ended up loving a live action Disney flick: I haven’t been a big fan of the Disney’s push to turn some of its classic animated films into live action flicks. Other than Beauty and the Beast none of them have worked. Mulan — surprise, surprise — did and it turns out to be a much better movie than the animated film.

One that ought not to have been made: Or put another way, was Charles Dickens a funny guy? Was he a romantic? Not really: Shame on the producers of The Personal History of David Copperfield for turning one of Dickens’ greatest books into a rom com.

The year’s very worst — I’m Thinking of Ending Things: At one time Charlie Kaufman was my favorite writer. When he’s on target no one tops Kaufman for cleverness. This one is clever in spots but bounces so many places that eventually you have no idea what’s going on. I suspect Kaufman didn’t either.