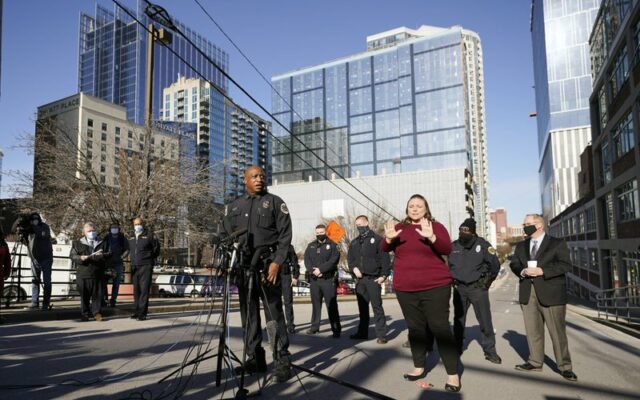 NASHVILLE, Tenn. (AP) — The man believed to be responsible for the Christmas Day bombing that tore through downtown Nashville blew himself up in the explosion, and appears to have acted alone, federal officials said Sunday.

Investigators used DNA and other evidence to link the man, identified as Anthony Quinn Warner, to the mysterious explosion, though officials said they still had not uncovered a motive for the bombing. Officials have received hundreds of tips and leads, but do not believe anyone else was responsible for the early morning explosion that damaged dozens of buildings.

Police earlier in the day had revealed that Warner, 63, was under investigation. He had experience with electronics and alarms, according to public records, and had worked as a computer consultant for a Nashville realtor. Investigators converged on his home on Saturday.

The attack, which damaged an AT&T building, has continued to wreak havoc on cellphone service and police and hospital communications in several Southern states as the company worked to restore service.