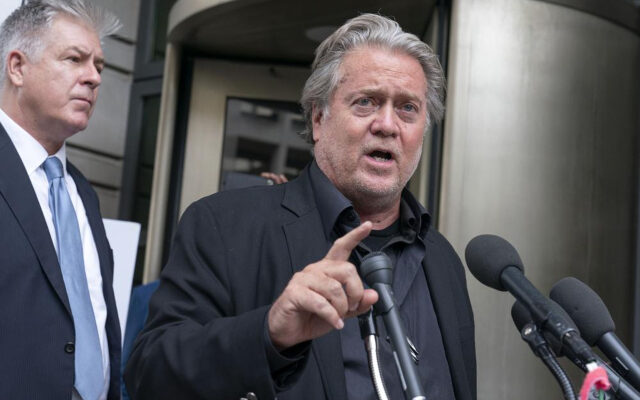 He was convicted of defying a subpoena from the House panel investigating the Jan. 6 insurrection at the U.S. Capitol.

He’ll be free as he appeals the verdict, however.

Prosecutors had asked the judge in his case to impose a hefty sentence of six months in jail.

Bannon’s lawyers argued their client deserved a sentence of probation.