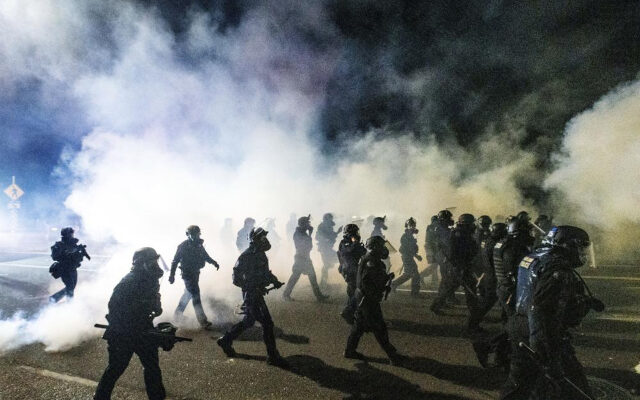 In this Sept. 5, 2020, file photo, police use chemical irritants and crowd control munitions to disperse protesters during a demonstration in Portland, Ore. (AP Photo/Noah Berger, File)

When the so-called baseball cards on protesters were being compiled, some DHS intelligence analysts voiced concerns over the legality of collecting intelligence on protesters arrested for minor offenses with no apparent threat to homeland security. The DHS report says some of the employees even refused to participate.

Democratic U.S. Sen. Ron Wyden of Oregon obtained the report and provided it to reporters. He criticized DHS leaders in the Trump administration for actions revealed in the document.