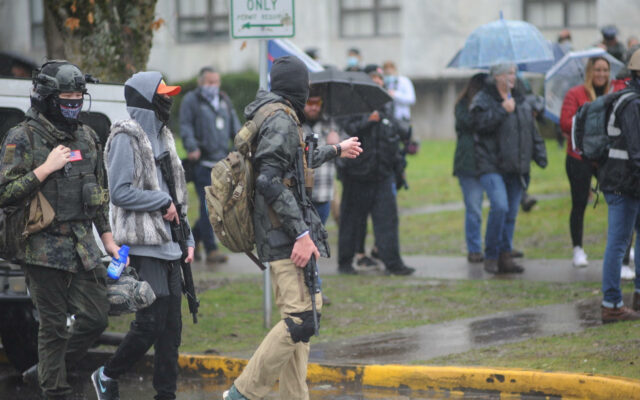 SALEM, Ore. (AP) –  State Police in Oregon declared an unlawful assembly and at least one person was arrested at the state Capitol Wednesday afternoon as hundreds of supporters of President Donald Trump gathered. 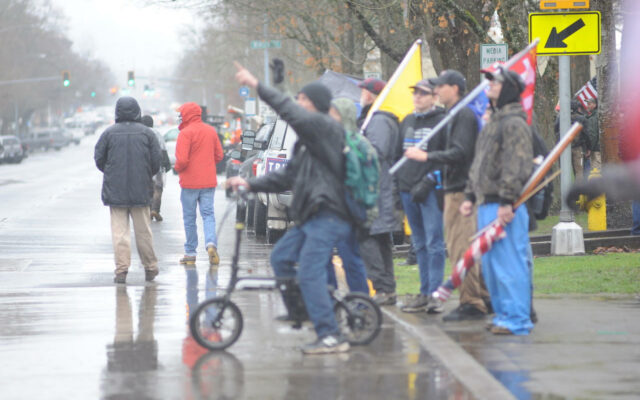 Police in riot gear were trying to get people – many of whom were armed – to leave. “OSP has declared this event an unlawful assembly.

One arrest for harassment & disorderly conduct.
OSP has declared this event an unlawful assembly. You must disperse the @OregonCapitol area immediately. Failure to do so may subject you to arrest and/or use of force; to include impact munitions and riot control agents https://t.co/PqUfUDkUr9

The pro-Trump crowd was touting repeated unfounded allegations of election fraud and it came the same day pro-Trump protesters stormed the U.S. Capitol.

Authorities said one person had been arrested for harassment and disorderly conduct. 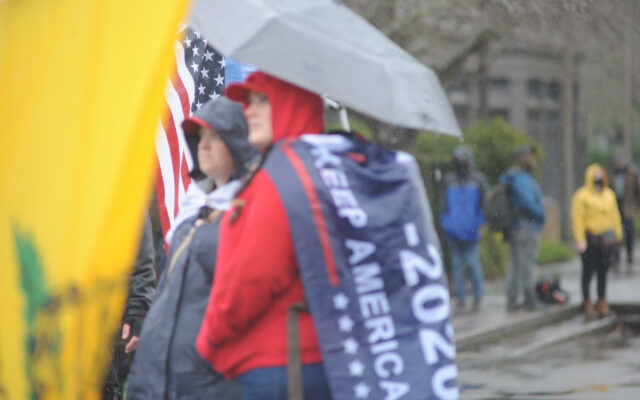