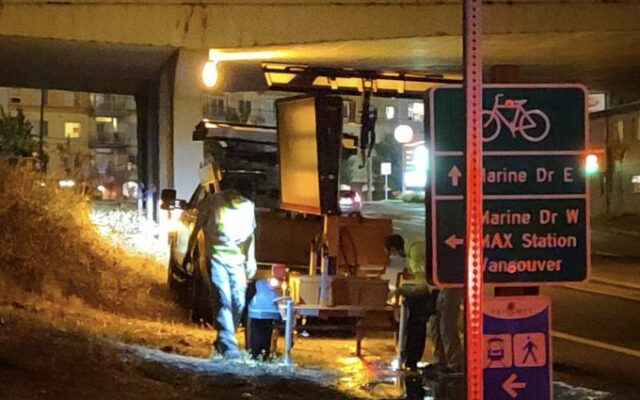 Portland, Ore. – Fm News 101 KXL received an anonymous tip Friday night from someone claiming they talked to some Portland city worker crews in the area of Delta Park and they were setting up reader boards.  When asked why they reportedly said the “city commissioners office instructed us to set up these signs.”

According to the tipster who wishes to remain anonymous, the readers say “Black Lives Matter” and “Hate Has No Place Here,” and they say the signs are being set up strategically around Delta Park.

Delta Park is the site of a planned protest tomorrow that local officials have warned could result in violence.

It’s also reported that the crews set jersey barriers around all the entrances of Delta Park, so potential demonstrators can’t make entry into the park with vehicles.

Fm News 101 KXL has not independently confirmed this information yet with the alleged officials involved as it’s breaking late Friday night.

Stay Connected to Fm News 101 for the latest on the protests in Portland and around the nation.
More about:
Black Lives Matter
BLM
city
delta park
demonstration
Portland
protest
Proud Boys
put up
sign
Workers