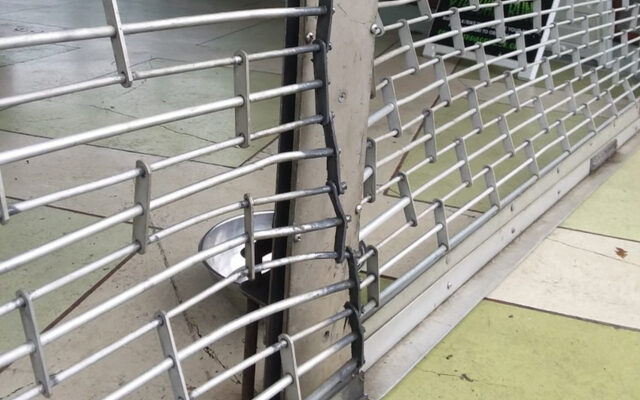 OREGON CITY, Ore. — Police are looking for three suspects wanted for trespassing and damaging the gate at the historic Oregon City Elevator at 6th and High Street.

The suspects, believed to be males in their late teens to early 20’s wearing dark clothing, broke into the elevator after damaging the metal gate leading to the platform about 3:00am on the morning of October 20th.  They may have filmed it with their phones.

The elevator goes back to the early days of Oregon City when much of the town was along the Willamette River.  They needed a way to transport goods up the hillside.  Voters in 1912 approved funding through a ballot measure and the public took the first ride on the elevator in 1915.