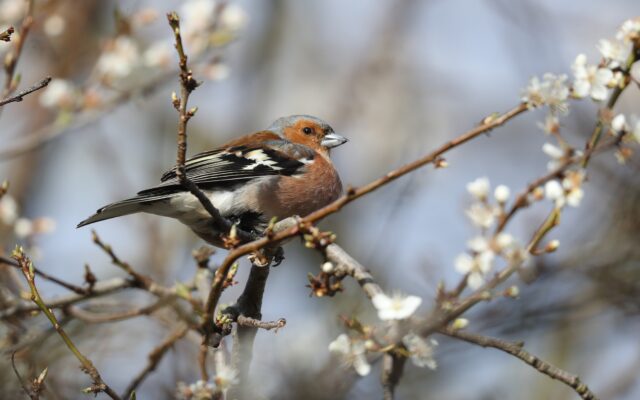 LONDON, ENGLAND - MARCH 19: A Chaffinch sits in branches in Brockwell Park on March 19, 2018 in London, England. Recent freezing weather has made feeding difficult for many of our garden birds at a crucial time of the year as birds prepare for the nesting season. (Photo by Dan Kitwood/Getty Images)

NEVADA (AP) – An outbreak of salmonella is killing finches across the western United States, including birds in the Lake Tahoe region.

The Tahoe Institute for Natural Science and Lake Tahoe Wildlife Care issued an alert this week for the public to be on the lookout for sick or dead finches associated with bird feeders.

Dead siskins have been found in recent weeks in backyards in the Carson Valley and Truckee.

The deaths are believed to be related to an outbreak of salmonellosis, a common and often fatal bird disease caused by the salmonella bacteria.

The problem appears to be especially bad along coastal Northern California, Oregon and Washington.