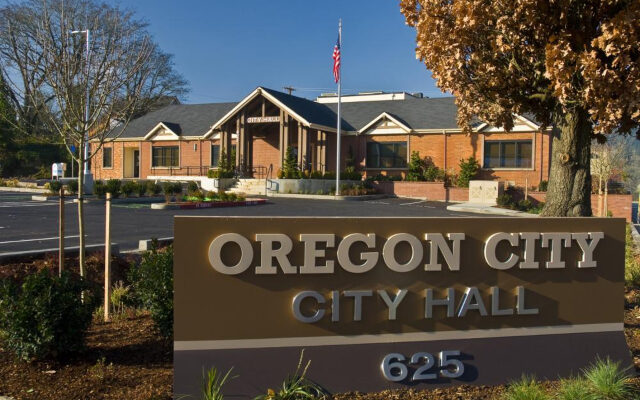 OREGON CITY, Ore. — Preliminary results in Tuesday’s special election for Mayor of Oregon City show Denyse McGriff overwhelmingly in the lead with 80% of ballots cast in her favor.

McGriff, President of the Oregon City Commission, has been serving as interim Mayor since late April.  With 3,500 of the 4,400 votes recorded at the Clackamas County Elections Office as of Tuesday night, she would continue to serve the remainder of the current term through the end of this year barring a big swing in ballots received by mail.

Dan Berge has collected nearly 10% of the vote followed by Leslie Wright Jr. and Allen Bedore.

The next update of results is scheduled for Thursday at 5:00pm.

Rachel Lyles Smith, who was elected during a special election in March of 2021, resigned earlier this year.  She took office after Dan Holladay became the city’s first sitting mayor to be recalled in November of 2020.