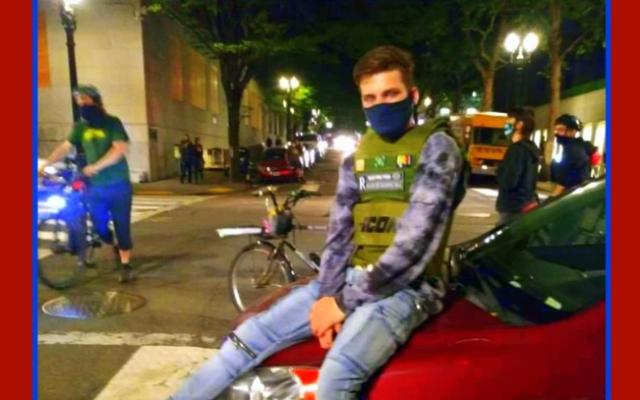 Portland, Ore. – This local story is now getting national attention. A Portland demonstrator is facing federal prison after his Grandma posted his protest photo online, accidentally helping police catch him. It starts with videos shared on social media allegedly showing a white man in a green vest throwing a lit firework that blows up right next to the federal courthouse in downtown Portland last week.

Police eventually figured out the suspect was 18-year-old Gabriel Agard-Berryhill, after they found a post online by the teen’s Grandma, saying she bought that green vest for him, and posted a photo of him wearing it at the protest as a product review for the website she bought it from. 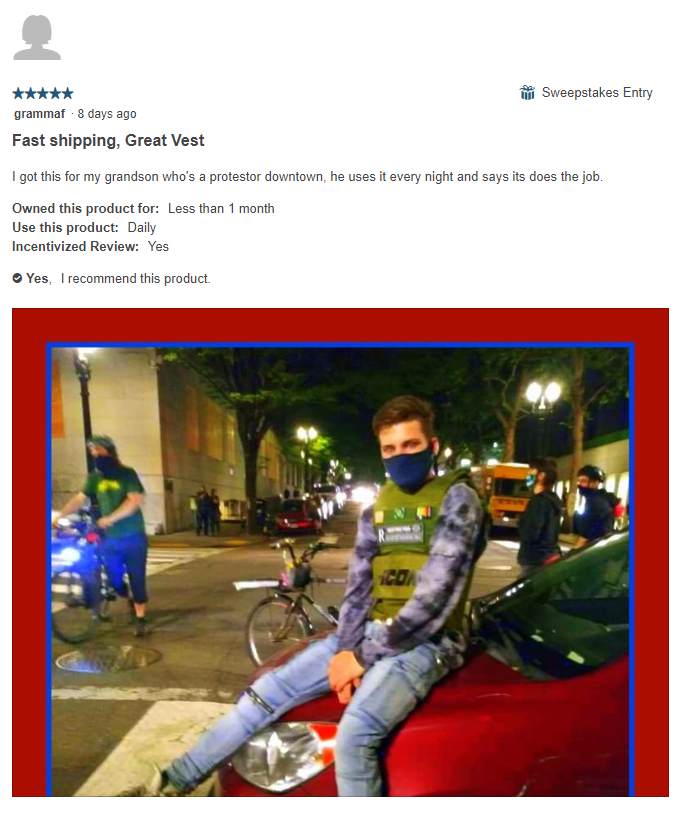 Agard-Berryhill made his first court appearance Friday, he’s scheduled back in court on Thursday. 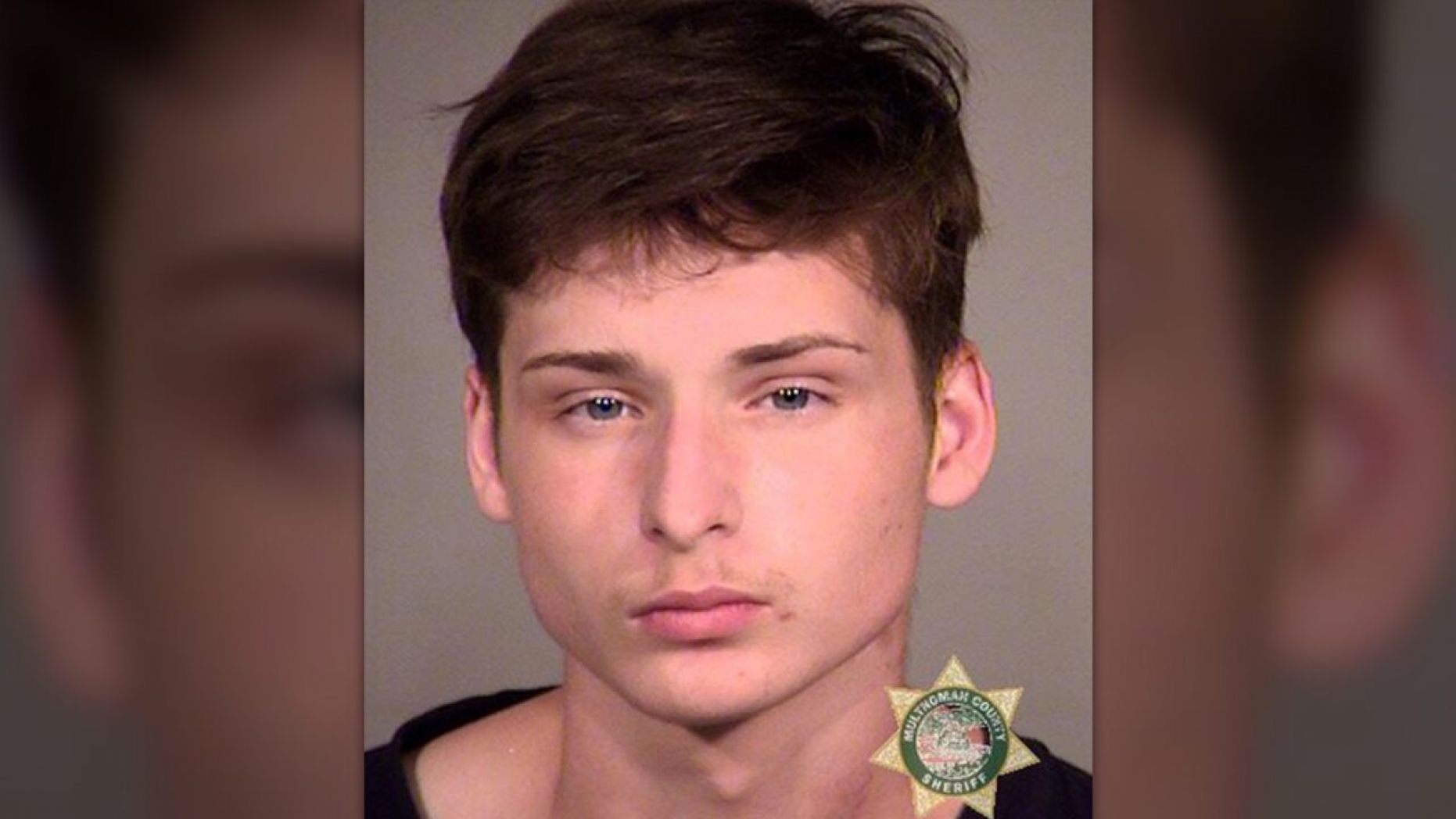 “No legitimate protest message is advanced by throwing a large explosive device against a government building. Mr. Agard-Berryhill’s actions could have gravely injured law enforcement officers positioned near the courthouse, other protesters standing nearby, or himself,” said U.S. Attorney Williams. “I applaud the ATF agents and U.S. Marshals Service deputies who worked quickly to identify Mr. Agard-Berryhill before he had an opportunity to hurt others.”

“The violent opportunists engaged in dangerous acts of violence, such as arson, need to realize there will be grave consequences,” said Russel Burger, U.S. Marshal for the District of Oregon. “Serious crimes of this nature go beyond mere property damage to the courthouse and endanger people’s lives.”

According to court documents, at approximately 11:50pm on July 28, 2020, security cameras at the Hatfield Federal Courthouse captured footage of a large incendiary object enter the building’s portico area and land near plywood sheeting affixed to the building’s façade. A few seconds later, the object exploded, igniting a fire near the building’s main entrance. Federal law enforcement personnel collected various items near the site of the explosion and sent them to a Bureau of Alcohol, Tobacco, Firearms, and Explosives (ATF) laboratory for further analysis.

ATF investigators reviewed social media posts from the night of the explosion and located videos of the incendiary object being thrown. The individual depicted throwing the object, later identified to be Agard-Berryhill, was a young, Caucasian male wearing a green colored vest, camouflage pants, and a mask. Investigators observed the person in other protest-related videos posted online wearing the same vest and attempting to hold a shield in front of a naked woman.

Investigators also found a post on Twitter depicting a product review for the vest. The review included a photo of a person wearing the vest who matched the description of the person seen throwing the explosive device. The review states “I got this [vest] for my grandson who’s a protestor [sic] downtown, he uses it every night and says its [sic] does the job.” Investigators later found the same photo on a Facebook page and, using law enforcement databases, were able to positively identify Agard-Berryhill.

Agard-Berryhill made his first appearance in federal court today before a U.S. Magistrate Judge and was ordered released pending further court proceedings. Arson is punishable by up to 20 years in prison with a mandatory minimum sentence of 5 years.

This case is being jointly investigated by ATF and the U.S. Marshals Service. It is being prosecuted by the U.S. Attorney’s Office for the District of Oregon.

Criminal complaints are only accusations of a crime, and a defendant is presumed innocent unless and until proven guilty.