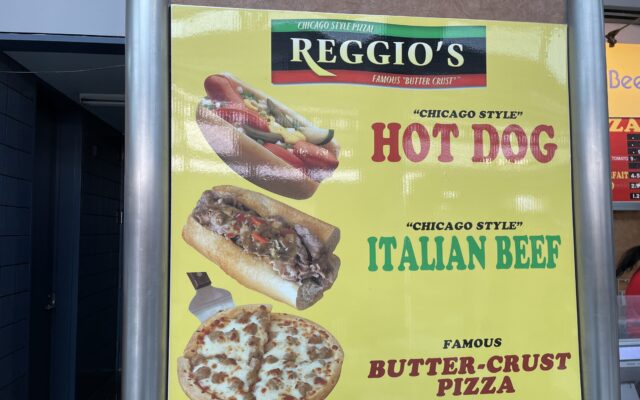 Many of us are fresh off the road from the holidays.  Veronica just got back from Chicago and thought it would be fun to look at some of the Windy City’s iconic foods.  If you Google it the top three foods will be:  Deep Dish Pizza, Italian Beef sandwiches, or Chicago Style Hot Dogs, hold the ketchup of course!

Let’s start with pizza. Chicago and New York have long battled it out over who has is the best. New York’s thin crust that you fold to eat, or Chicago’s pie-like pizza with a heavy blend of cheese and vine-ripened tomato sauce inside a unique, butter crust.  Lou Malnati’s is considered the KING, but this time I tried Reggio’s because they have a stand at the airport. It was less than 10 bucks for a personal size pie, and because it’s deep dish, you don’t need more than that. Reggio’s was good, but if you’re only going to Chicago for the first time, go with Lou’s. 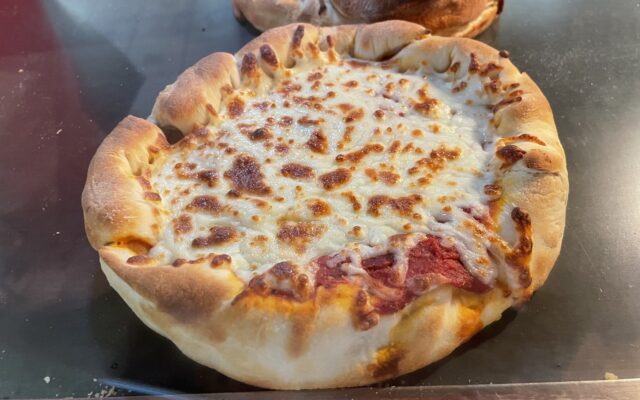 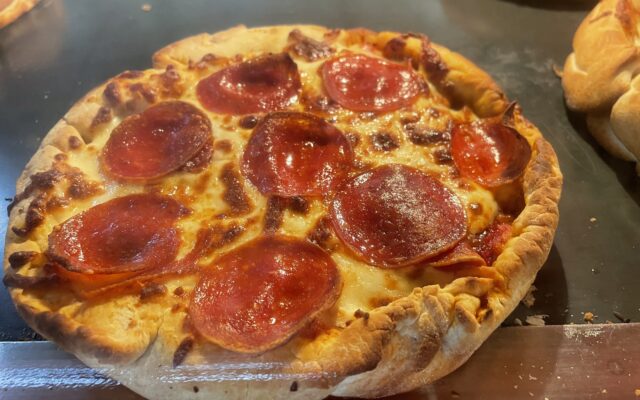 There’s also controversy about what should be a simple dish: The hot dog. What do you put on it? Relish? Mustard or Ketchup? In Chicago it’s a big NO on the ketchup. 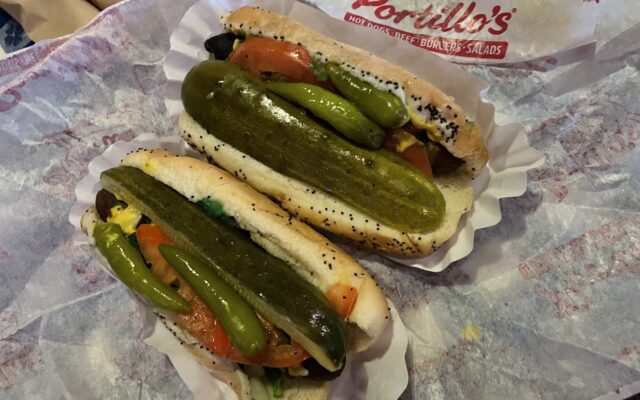 Portillo’s is the most famous for Chicago-style dogs. We went Sunday night after seeing a Blackhawks game. It sounds weird to have a large spear of pickle and peppers on the dog but it’s REALLY REALLY good. Celery salt is also a must, and the dog itself is very specific: Vienna beef. Just recently Portillo’s added a veggie dog. 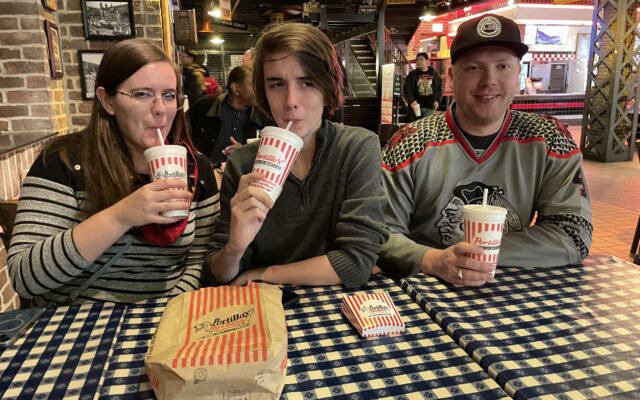 There’s a lot of debate about who has the city’s best Italian beef Chicago sandwich. Al’s claims to be the inventor of this iconic Chicago food, and has won a lot of awards since it opened in 1938. You can order your sandwich dry (just a splash of gravy), wet (with extra gravy) or dipped (loaded with gravy). You can also top it off with a variety of different cheeses and sweet peppers, or spicy pepper relish. Even how you eat it is up for argument. Many Italian beef restaurants have counters that you can stand at and lean over while you eat.  Don’t worry…there are plenty of videos online to show you the proper form.

I highly recommend a visit to Chicago. It’s a super fun city. Oh..and for dessert or snacking, or for bringing home to the Northwest, you’ll want to go to Garrett’s popcorn. It’s the best I’ve ever had, anywhere.