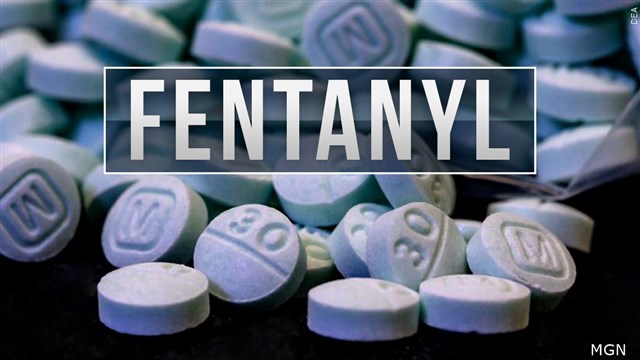 They seized thousands of fentanyl pills, plus about $5,000 in cash, a gun and a stolen car.

“These are meaningful arrests,” Captain James Crooker said. “These are arrests where we have partnerships lined up all the way through the criminal justice system to make sure they’re prosecuted.”

Crooker said the mission was successful due in large part to the community.

“We worked with them to identify the locations where they have been impacted the most by the drug activity,” he said.

And that was just with a 2 day effort, focusing on where people in Portland’s Old Town neighborhood, told them drugs were sparking violence.  Another problem linked to fentanyl is overdose deaths.  Pharmacist Andy Tran points out the drug naloxone,  is helping to stop some people from dying. He warns it just takes a tiny amount of Fentanyl to kill a person, or get them addicted.

On the streets, in our hospitals, and in our criminal justice system: the impact of fentanyl continues like a plague.

Randy Brown sees the problems in Old Town.  He tells news partner KGW:  “It’s crazy down here you get a lot of drug activity.”

In a Providence Hospital ER, nurse Tracy Moore’s trying to save people overdosing on Fentanyl.