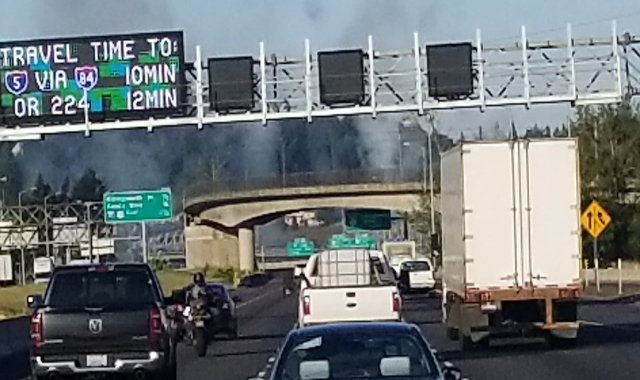 If you drive on I-205, how much will new tolls cost you?  The plans are still on the table, but we’re starting to find out.

It’ll take a big switch in drivers’ mindset and budget, once new I-205 tolls kick in in 2025.  Already some worry about the bite out of their budgets. One asks, “Does everybody have that luxury to say I’m gonna pay more?”

A new environmental study pinpoints a rate from sixty cents to more than two dollars per toll point, with rush hours running more expensive.  Mandy Putney’s a director at the Oregon Department of Transportation.  “We’re looking at a variable rate that would have the lowest rate of around $0.60 per toll point and the highest rate, I think, just over $2, so that’s during the peak of the rush hour,” says Putney.  She tells our news partner KGW there’s still a lot of work and final decisions ahead, before the tolls take effect in about three years.

That estimate’s just for environmental study.  The ultimate say in toll rates between Oregon city and Tualatin will come from the Oregon Transportation Commission.  Tolls are likely to start near the Tualatin River and Abernethy Bridges.