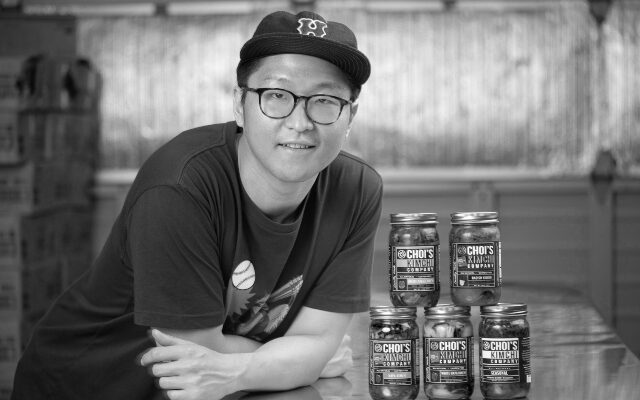 PORTLAND, Ore. — A U.S. Marshal’s Fugitive Task Force on Wednesday arrested the man accused of murdering 33-year-old Matthew Choi more than three weeks ago at the Southeast Portland apartment building where they lived.

Court documents reveal that 30-year-old Allen Coe broke into Choi’s apartment at Southeast 12th and Pine around 2:00am on Sunday, October 25th and stabbed Choi in the chest during a struggle.  Coe also attempted to stab his girlfriend.

Choi ran the successful Choi’s Kimchi Company.  This statement was posted on the website.  He was stabbed just hours after gathering with his girlfriend and friends to celebrate his birthday.

Investigators say Coe spit at them as they interviewed him.  Saliva was used to collect his DNA that helped seal the case.

A backpack found near the crime scene contained social security cards and personal information of two other tenants in the building who reported the items were stolen in a burglary earlier that month.

Coe entered a not guilty plea through a court appointed attorney on Thursday.