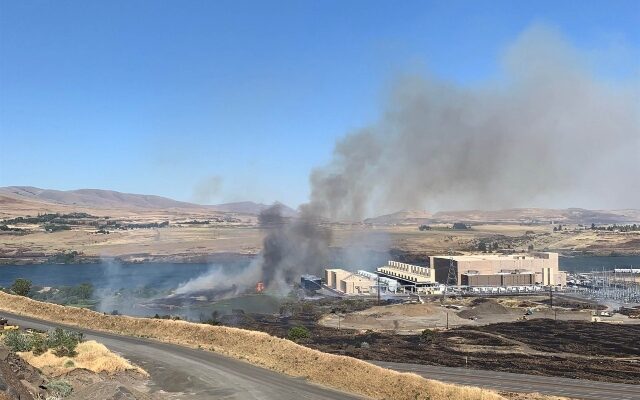 Thursday, 6/3 UPDATE – The Mile Post 85 Fire near The Dalles is now estimated to be 170 acres and 70 percent contained.

Crews and engines are checking for residual heat and mopping up.

All evacuation levels have been dropped.

The cause is still under investigation.

THE DALLES, Ore. — As fire crews get control of a wildfire that started Wednesday afternoon about five miles west of The Dalles, evacuation orders have been lowered to Level 1, which means get ready to leave if needed.

Residents were allowed to return a few hours later early in the evening.

The fire had burned about 130 acres and was 70% contained as of Wednesday night.

“We do think it is human caused, but we don’t know the exact cause.  That’s still under investigation,” Stan Hinatsu with the Forest Service told FM News 101.

More than 20 miles of I-84 was closed due to poor visibility from the smoke.  Power lines were down.  That knocked out power to about 320 Northern Wasco County PUD customers.

The area is under a Fire Weather Watch through 10pm Friday.  A burn ban took effect in Wasco County on Tuesday.