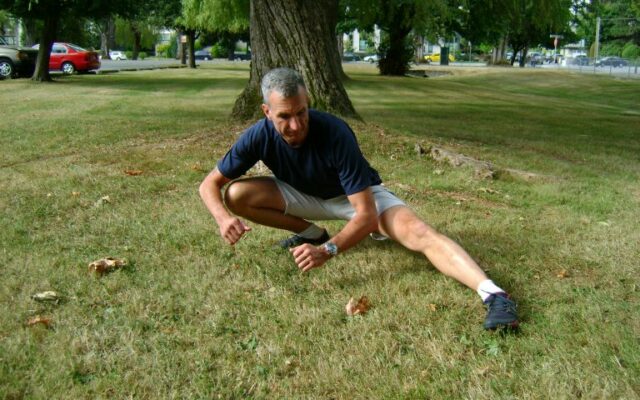 VANCOUVER, B.C. Canada — Certified Personal Trainer & Fitness Instructor, Doug Setter, has been a champion kick-boxer, marathon runner and mountain climber. He specializes in helping people get moving, maintain their fitness and grow stronger as they move through life. Doug says. . .

“It’s the start that stops most people. So use the five minute rule to get yourself moving.”

“Anyone can do anything they think is unpleasant for five minutes,” adds Doug. “Taking a walk to the stop sign and back, vacuuming 2-3 rooms, or picking up a pair of light weights and doing a few reps. Once you get moving, you often find you can keep going for a longer period of time and you are actually motivated to do so.”

Doug Setter has a degree in Human Ecology (study of foods and nutrition) and just released his new book, Fit Femme After 50, a follow up to Flat Gut After 50. Doug discusses how to have a high energy mindset, how to push yourself past procrastination, how to rid yourself of fatigue and much more.

Doug Setter is a Certified Fitness Instructor, Personal Trainer and Pilates Instructor based in Vancouver. He has a Bachelor’s Degree in Human Ecology (Foods and Nutrition), and vast fitness and training experience – from being a paratrooper in the Canadian Army in his twenties to climbing Mount Rainier at age 47. In between, Doug was a competitive kick-boxer in Hong Kong and Canada, winning a welterweight championship at age 40, has run five full marathons, and now in his sixties, continues to train daily to stay healthy and active and avoid injury. Doug Setter is author of Fit Femme After 50, a follow up to Flat Gut After 50.