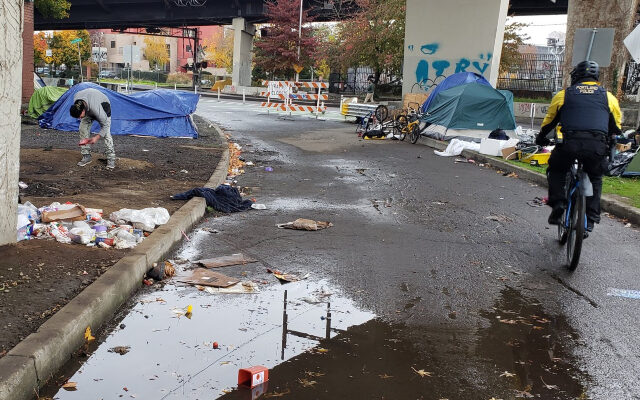 People who work in one program are cleaning up some of the toughest neighborhoods in Portland.
It’s called “Downtown Clean and Safe,” and it’s stepping up where police don’t have the staff to help.

On Northwest Flanders Street in Old Town, Lena Son is picking up litter.  “I made a mess too and now I’m able to help clean up people’s camps,” she says.

This is a job she’s grateful to have, after being homeless.
But sometimes, she feels at risk herself.  “This guy threw a bag of cereal at me.  Then he got in my face,” she says.