UPDATE: Body Found, Believed To Be Kayaker Missing Since Friday 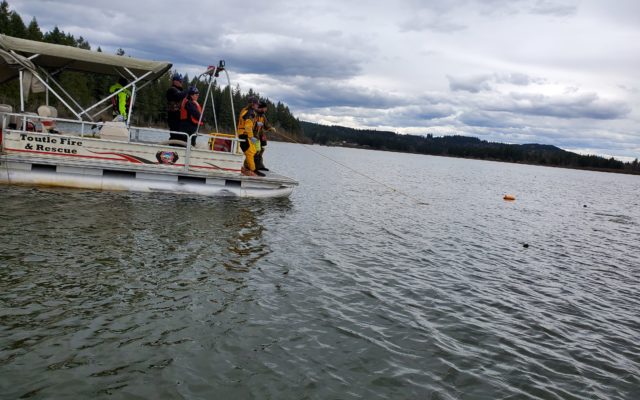 Friday evening, Stephanie Green and Robert Chick went boating on Silver Lake in Cowlitz County Washington. They brought two dogs with them. The two launched their boats from the a boat ramp, and headed to an island in the lake where they tried to land but were unsuccessful.

They decided to head back to where they launched, now in the dark when Green capsized. Chick started towing Green but was still unable to reach where the two launched. The two then re routed again where Chick capsized as well. Green said that Chick tried to use a kayak for floatation before he disappeared from sight. Green called 911 while holding to a kayak.

Cowlitz Fire District 6 from Toutle launched a boat and rescued Green. She was transported to St. John Hospital in Longview, where she was treated and released. Chick, however was not found. Saturday night Deputies, Cowlitz Fire District 6 and Cowlitz Dive Rescue returned to the lake to resume the search. Using several boats and sonar they again searched the area. They still have not found Chick. The water is about 51 degrees and visibility very poor which authorities say eliminate’s the possibility of a visual underwater search.

On Sunday, a man reached out to the Cowlitz County Dive Team with information that he had noted on his sonar while on Silver Lake. The Cowlitz County Dive Team along with a Sheriff’s Office boat were sent out. A body was found and is believed to be that of 28 year old Robert Chick of Castle Rock. The Coroner’s Office will be confirming the identity of the subject as well as the cause and manner of death.