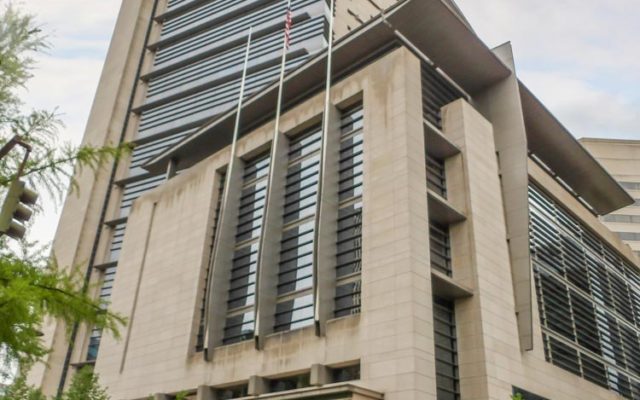 U.S. Attorney Billy J. Williams announced today that a Portland man has been arrested for his role in an overnight attack on the Hatfield Federal Courthouse.

Twenty-Four year old Kiefer Alan Moore was arrested by Federal Protective Service officers in the early this morning, and a criminal complaint alleging destruction of government property is being presented to a U.S. Magistrate Judge.

Moore will remain in custody until his first appearance in federal court on Monday.

Federal Protective Service and U.S. Customs and Border Protection, as well as U.S. Marshals, were assaulted.