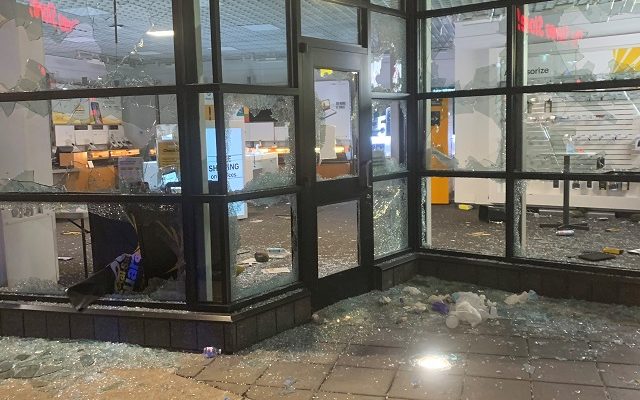 Eugene, Ore. – Groups of protesters took to the streets for a third night around the state of Oregon. Sunday evening police in Eugene asked residents to stay away from Downtown after about 500 people started blocking traffic and illegally shutting roads down. There was concern after people blocked Ferry Street Bridge,which is the main route for medical and fire personnel to local hospitals. Eugene police arrested several people. 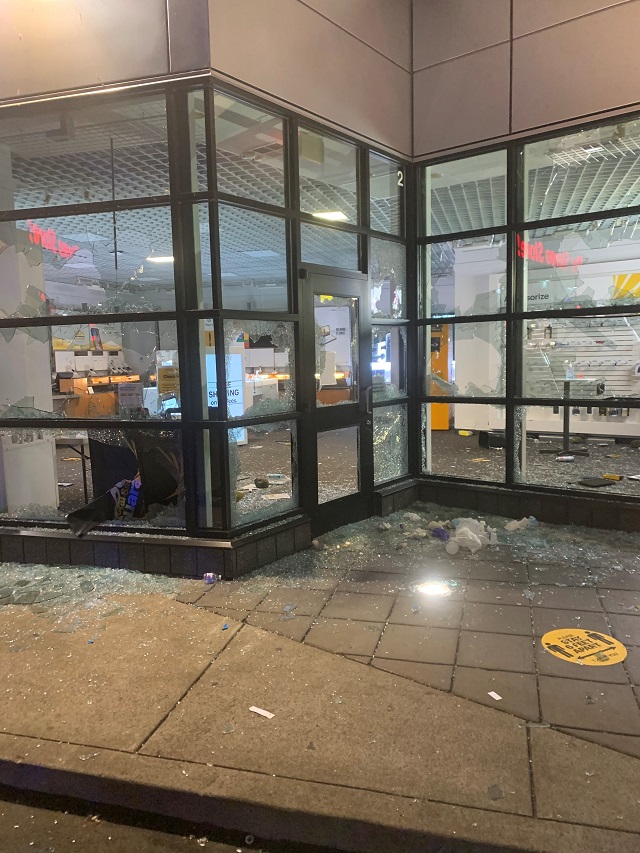 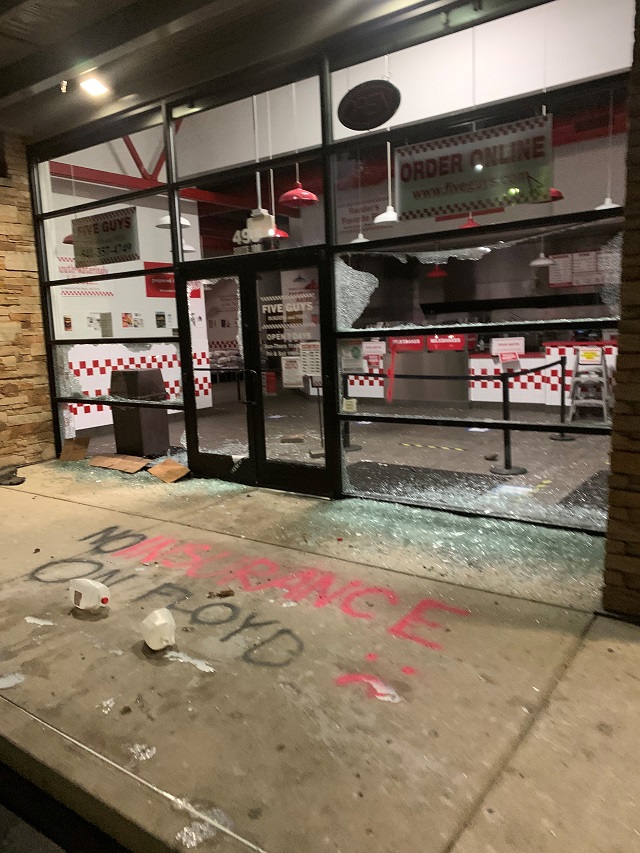 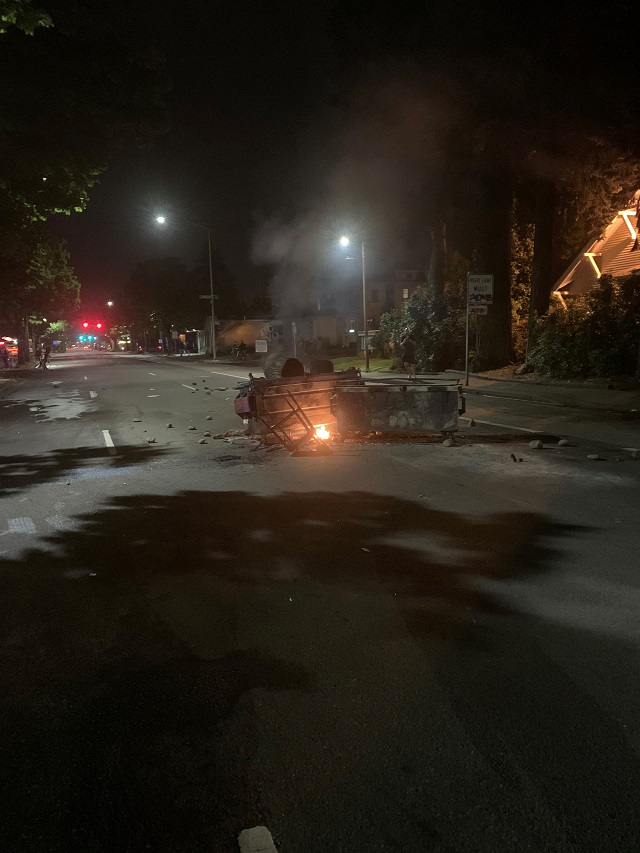 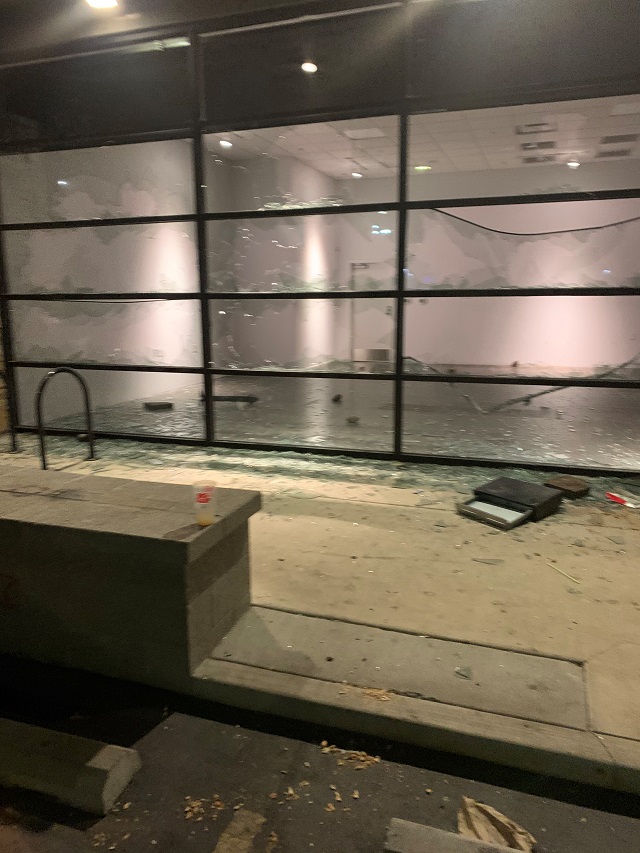 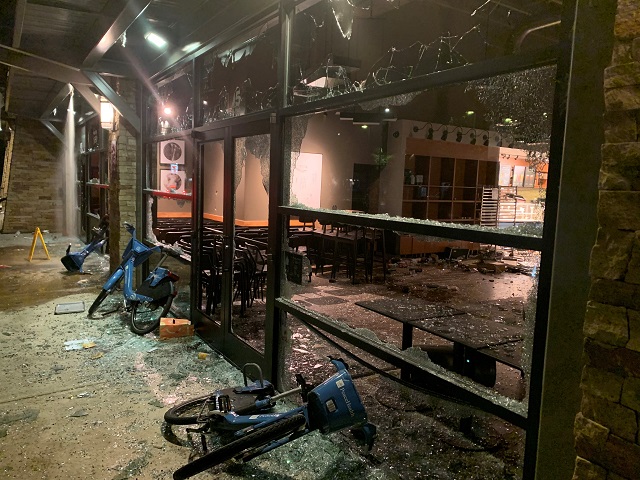 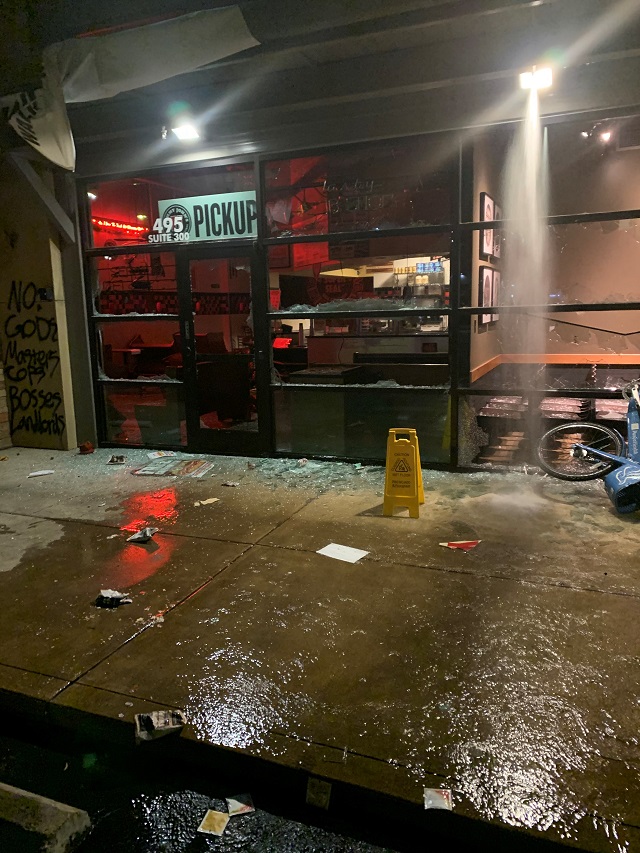 On Saturday, May 30, and with an emergency declaration and curfew in place for 9 p.m. through May 31 at 6 a.m., Eugene Police was joined by Springfield Police, Lane County Sheriff’s Office, and Eugene Springfield Fire EMS to protect the city and its residents from criminal behavior, violence and property damage. The curfew was extended from the downtown area to city-wide at midnight. Eugene Police began advising groups of the curfew prior to midnight.

The early part of the night was characterized by small groups of mostly younger individuals with signs and masks roaming in various parts of the downtown and other areas, including Valley River Center. One cell began to place construction cones to block traffic on Oak and the group was intercepted. Another cell was similarly attempting to block traffic at W. 11th and Willamette shortly before 10 p.m. As the night wore on, groups engaging in unlawful behavior were intercepted as they began their criminal behavior. At 13th and Olive Fire Station 1, a group of about 20 gathered and one person lit a torch, possibly catching the station’s flag on fire.  The group moved around and grew to about 35 at Lawrence/7th Aly at 11:59 p.m. The group was warned to disperse but continued to go southbound on 7th and Washington. Pepperballs were deployed at 12:08 a.m. on May 31. The first person was taken into custody at 11th Aly at 12:12 a.m. There were subsequently multiple arrests (arrest information will be provided later today). The area returned to relative peace by 12:46 a.m.

Another area of concern had been Valley River Center, where groups had been observed walking around locations at Valley River Center. By 11:37 p.m. there were more subjects crossing streets to the mall and police units were in the area to ensure pedestrians did not get injured while crossing. A small group blocked traffic in the intersection by sitting in the roadway.

“Yesterday’s absolutely criminal acts were as reprehensible as they were surprising,” said Chief Chris Skinner. “The group very quickly blossomed in size to a large out of control mob. Tonight we were able to spot early indicators of emerging criminal intent, which is very different from lawful protesting. I’m very pleased with our officers’ and our partners’ measured and discerning response to safeguard constitutionally protected free speech and to thwart and pre-empt violent criminal acts.  What was very helpful was the local emergency declaration and curfew for downtown that City Manager Pro Tem Sarah Medary put into place and then extended at midnight to cover the city.”

The initial curfew applied to the area from High Street to Monroe Street and from 13th Avenue to 4th Avenue from 9 p.m. on May 30 to 6 a.m. on May 31. The curfew was extended to apply city-wide at midnight.

During the hours of the curfew, people are not allowed to travel on any public street or in any public place in that area. Prohibited travel includes automobile, bicycle, foot, public transit and any other mode of personal transportation. The curfew does not apply to people seeking emergency care, fleeing dangerous circumstances, sheltering in place, traveling to and from employment or making commercial deliveries.