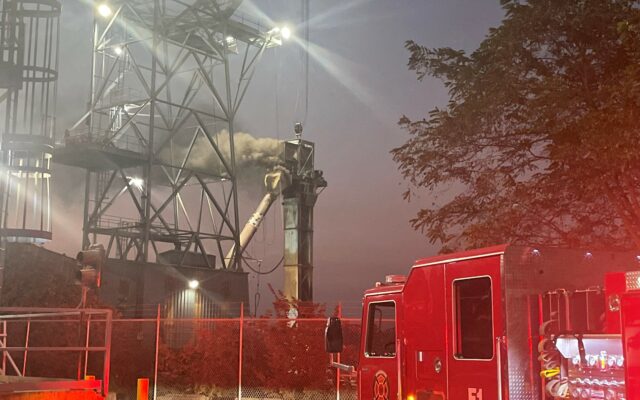 Vancouver, WA —  Fire crews in Vancouver were called out to a unique fire at a grain silo on the banks of the Columbia River, early Thursday morning. When firefighters arrived shortly before 5:30 they found flames in a conveyor between a grain silo on shore and a barge on the water.

The dynamic situation is leading crews to fight this fire on both land and water. The fire is so big that the call has been upgraded to a second alarm.

A total of 14 fire units are working on dousing the fire…that includes a fire boat from Portland Fire.

All faculty and staff from United Grain have been accounted for and have safely evacuated.