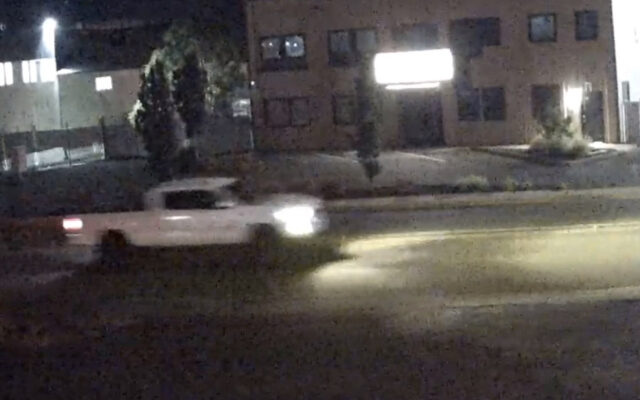 SALEM, Ore. — Police are looking for the driver who hit a woman near the Oregon State Fairgrounds and took off, leaving her with serious injuries.

Witnesses flagged down police on 17th Street NE between Silverton Road and Woodrow Street just after 1:00 this past Saturday morning.  A witness had began CPR on the woman.  The officer took over resuscitative efforts until she started breathing and her pulse returned.

The victim is identified as 24-year-old Juana Sebastian-Juan of Salem.

Witnesses say the vehicle that hit her was a white, late model Ford pick-up truck.  Investigators determined that the vehicle is a 2020-2022 Ford Super Duty, four-door crew cab pickup truck.  The grill was damaged in the collision and parts found at the scene were able to help identify the make, model, and year range.  The vehicle is either a King Ranch or Platinum model.

Anyone who can identify the driver or knows where the vehicle is located is asked to contact the Salem Police Traffic Team at (503) 588-6293.

More about:
hit and run
Salem