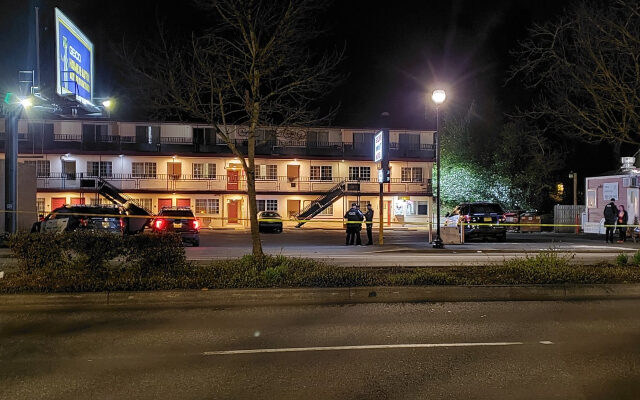 GRESHAM, Ore. — A third person has been arrested in a shooting that wounded four people at a Gresham motel.

One person was critically injured in the shooting at the Golden Knight Motel on East Powell early on the morning of March 18th.  Two others went through surgery.  A fourth was admitted to a trauma center.

The victims have been identified as 26-year-old Sarah Sabin and 28-year-old Kayla Black of Portland, and 30-year-old Cory Davis of Gresham.

19-year-old Kevin Aguirre, who was injured in the gunfire, 24 year-old Caden Christman, and 30-year-old Alexander Lewis face charges of attempted murder, burglary, robbery and unlawful use of a weapon.  Aguirre and Lewis were arrested last week.  Christman was arrested this Wednesday.

The investigation has been quite complex.  Bullets were fired in a room and in the parking lot.  It remains unclear if the victims were guests at the hotel or acquaintances.