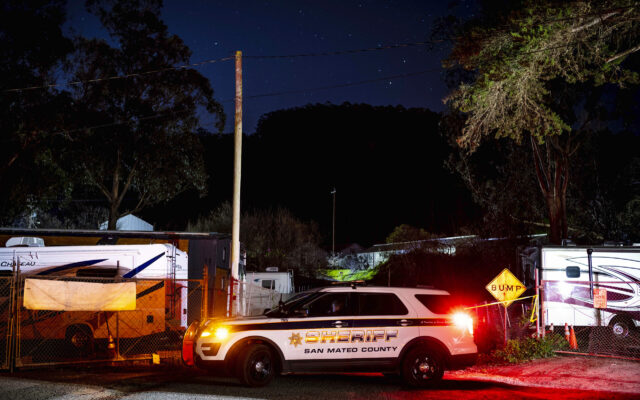 Police tape from the San Mateo Country Sheriffs office mark the perimeter of the scene of a shooting, after a gunman killed several people at two agricultural businesses in Half Moon Bay, Calif., on Tuesday, Jan. 24, 2023. Officers arrested a suspect in Monday’s shootings, 67-year-old Chunli Zhao, after they found him in his car in the parking lot of a sheriff’s substation, San Mateo County Sheriff Christina Corpus said.(AP Photo/ Aaron Kehoe)

HALF MOON BAY, Calif. (AP) – Prosecutors say they will charge a farmworker accused of killing seven people in back-to-back shootings at two Northern California mushroom farms with seven counts of murder and one count of attempted murder.

It was not immediately clear whether Zhao had an attorney who could speak on his behalf.

Authorities say that Zhao killed four people at a mushroom farm in Half Moon Bay, where he worked and then another three at a nearby farm where he used to work.

More about:
Half Moon Bay
Shooting