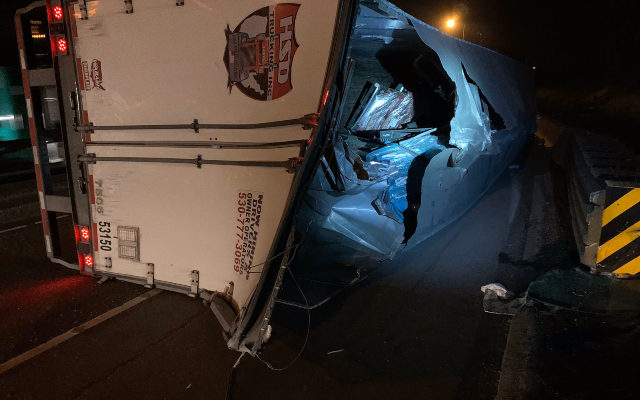 PORTLAND, Ore. — A semi overturned in the right lane of Interstate 5 Northbound in the Terwillier Curves near Southwest Brier Place around 3:30 on Thursday morning.

The semi was carrying dog food, which spilled onto the freeway.  It also leaked oil.

The center and right lanes were blocked through the morning commute.  ODOT was able to clear the scene without having to entirely close the freeway as expected.

A truck flipped onto its side and has closed the two right lanes of NB I-5 at SW Brier Place. We will close all NB lanes after 10 am to complete the cleanup and remove the truck and its load of dog food. #pdxtraffic pic.twitter.com/Z0rBzmrTTc