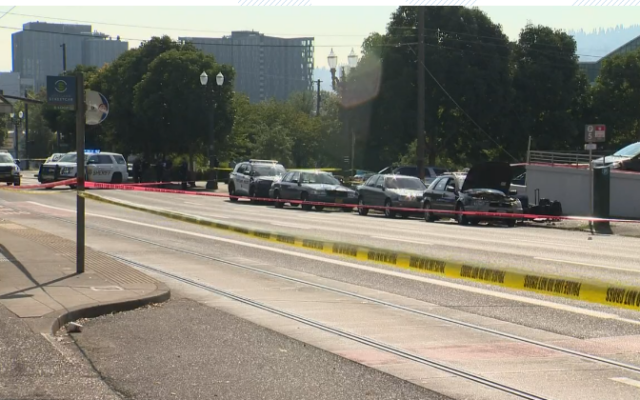 PORTLAND, Ore. – Some new details Thursday afternoon in the Deputy-Involved-Shooting in Portland Wednesday.

The Multnomah County Sheriff’s Office says the incident began when a deputy assigned to the Transit Police Division had an altercation with a man associated with a car near the intersection of NE Grand and NE Holladay.

The shooting happened when a woman became involved.

The man and woman then took off in a car.

Shortly after, the suspects were in a crash.

The woman was treated at the scene for injuries from the crash and gunshot wounds and taken to the hospital.

The man was later tracked down and taken into custody.

Both people are expected to be OK.

The deputy was not hurt.