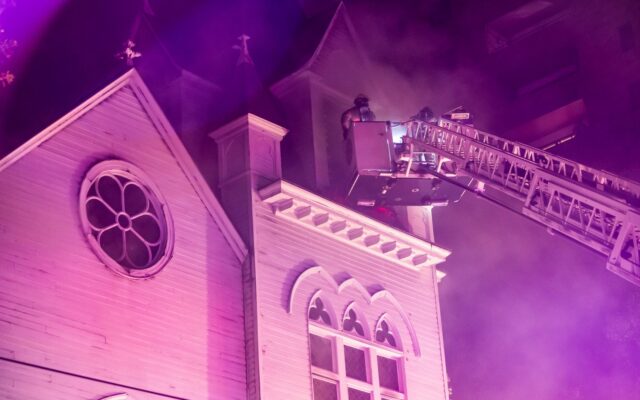 Members of the Portland Fire Investigations Unit are asking for any clues, pictures or videos anyone may have regarding last night’s fire in downtown Portland. At about 9:20p Sunday night, the Bureau of Emergency Communications (BOEC) received multiple reports of a fire in a church on the corner of SW 10th Ave and SW Clay St. Upon arrival, crews reported tall flames showing from the windows on the south side of the 3-story building. Due to the size of the fire and proximity of nearby buildings, incident commanders called for a second alarm to bring additional resources to the scene for extinguishing the fire and protecting nearby buildings . After confirming no one was trapped inside the building, crews set up defensive operations to attack the fire from outside. The early order and arrival of these additional firefighters helped get a good and early stop. Firefighters were then able to transition into an offensive interior fire attack to ensure the extinguishment of any hot spots inside. The fire was declared “under control” at approximately 9:50pm.

The building was vacant and posted “For Lease” at the time of the fire.  A search of the building found no victims and no injuries were reported.

This fire is currently under investigation and investigators would like anyone with information (pictures, video and/or witness accounts) regarding this fire to call their anonymous tip line at 503-823-INFO (4636).