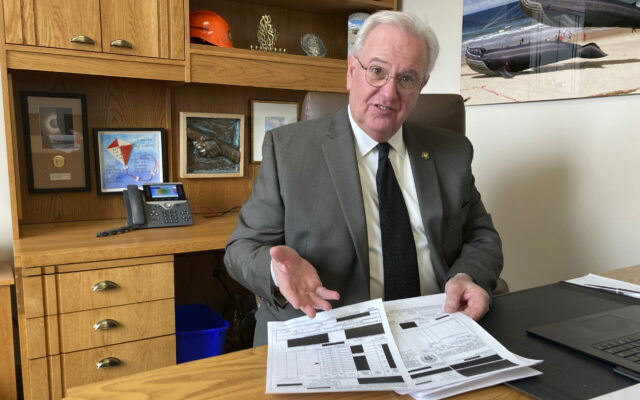 Oregon state Rep. David Gomberg shows a reporter heavily redacted documents he received from the Oregon National Primate Research Center in his office in the Oregon State Capitol in Salem, Ore., on Tuesday, Jan. 24, 2023. Rep. Gomberg is behind a bill in the Oregon Legislature calling for greater oversight of the center after two monkeys died when they were put into a scalding cage-washing machine and other safety violations. (AP Photo/Andrew Selsky)

SALEM, Ore. (AP) – A state lawmaker in Oregon is using thousands of pages of redacted documents he sought for more than a year to launch legislation demanding more accountability and oversight of a primate research facility with a long history of complaints.

Incidents at the Oregon National Primate Research Center, associated with Oregon’s largest hospital, include one in which two monkeys died after being placed into a scalding cage-washing system.

Other animals perished from neglect.

The documents show workers have low morale, some have been drinking on the job, and dozens have complained about dysfunctional leadership at the federally funded facility.