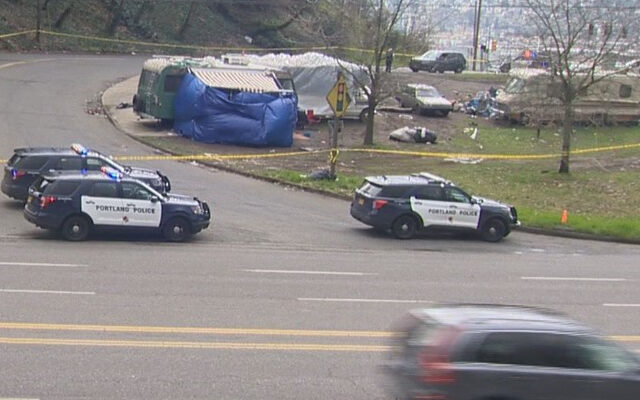 PORTLAND, Ore. — A suspect believed to be homeless is accused of shooting at several people at a camp in North Portland.

The shooting happened around 1:15pm near the intersection of North Going Street and Greeley Avenue.

A man was wounded in the leg and he’s expected to survive.  Another was shot at several times, but was able to evade the gunfire.

The suspect was gone when police arrived.  Campers say they fed him and attempted to help him and don’t understand why he would shoot anyone.