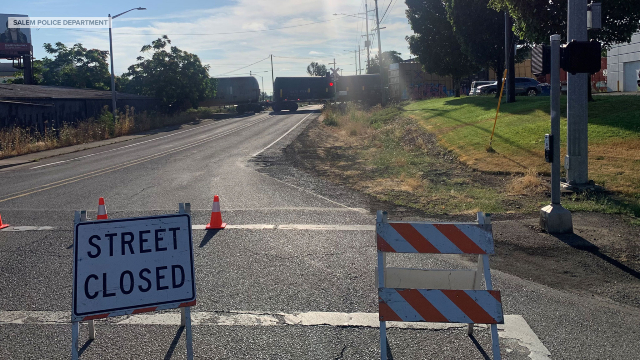 SALEM, Ore. — A man walking along railroad tracks on Tuesday morning was hit by a Union Pacific train and died at the scene.

The crash happened at 14th Street SE and Hines Street SE just after 6:00am.

“The rail crew sounded the horn and attempted to stop the train, but could not avoid the collision,” Salem Police said.

The man has been identified as 55-year-old Wesley Crossman.  Tips and information from internet and genealogy searches helped track down his family.

“We appreciate all the assistance we received which made notification to Mr. Crossman’s family possible,” said Sgt. Scott Kofoid of the Salem Police Traffic Team.

The area was shut down for about four hours.

#trafficalert #salemoregon
Pedestrian vs train collision at 14th & Hines STS SE resulting in fatality. Train is blocking south of at McGilchrist ST SE and w/b closed for the next several hours while the investigation complete/scene is cleared. Plz find alternate routes. NFI. pic.twitter.com/tw6ybMdUCd