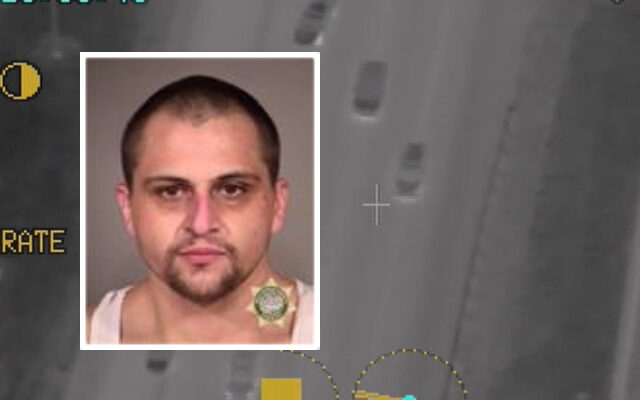 PORTLAND, Ore. — A man has been arrested for attempting to force his way into multiple cars on I-205 around 8:45 on Wednesday night.

Officers spotted a vehicle that turned out to be stolen that was speeding at 70 mph on Northeast Columbia Boulevard and tried to pull over the driver.  The Air Support Unit helped track the suspect to a motel parking lot at Northeast Killingsworth Street and Sandy Boulevard where he went into a room and then ran onto the freeway.

Police say he ran into traffic, flagged down cars in both the north and southbound lanes and tried to open the doors of at least 8 vehicles that slowed down.

Only one potential victim talked with police.  Investigators are asking for other victims to come forward by calling the non-emergency line at (503) 823-3333 and reference case # 21-114208.