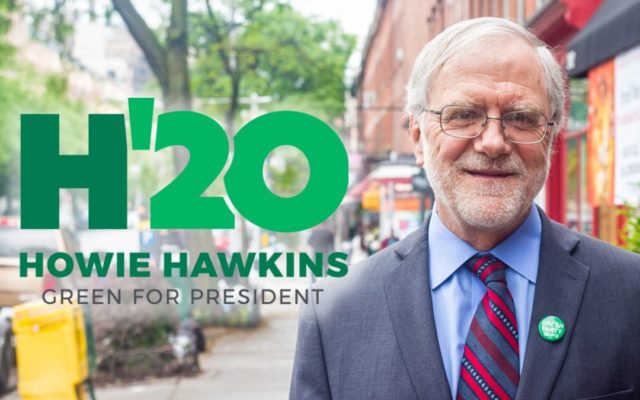 PORTLAND,Ore (KXL) — In an interview with KXL’s Blake Allen, Green Party Nominee Howie Hawkins weighed in on issues like foreign policy and Climate.

Touching on climate, Hawkins set his aim at both major parties, “Trump calls Climate Change a hoax, Biden and the Democrats act as if it’s a hoax, their climate policy is actually worse than it was in 2016”

Hawkins continued “The Democratic platform is committed to burning fossil fuels, you know they don’t put it this way but they’re basically for fracking the hell out of the country for for oil and gas. And continuing to heat and cool our buildings, provide gas for cooking and also powering gas fired power plants, and they say we’re going to do carbon capture and sequestration. Which is not economical, I mean if it’s going to be done, it’s going to be done with federal subsidies. Demonstration projects and so forth so that’s really committing us to decades more fossil fuel burning, which is a climate bomb.”

The interview will air this weekend on “Beyond The Headlines”, as will an interview with Libertarian Candidate Jo Jorgensen.