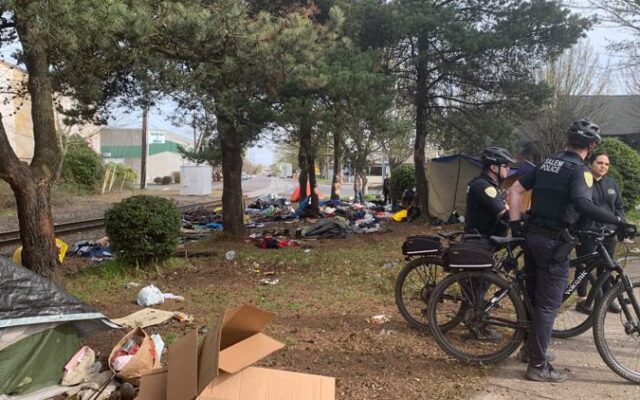 SALEM, Ore. — Four people died, two others were injured and a man was arrested for manslaughter after crashing his car into a homeless camp early Sunday morning.

24-year-old Enrique Rodriquez ran off the road on Front Street and Division Street Northeast about 2:00am.

Rodriquez was arrested and has been charged with four counts of manslaughter in the first degree, assault in the second and third degree and six counts of reckless endangerment.

The camp was scheduled to be swept this week.  Many who lived there came to the area because another nearby camp was recently cleared out.

Officers helped several uninjured campers collect some of their belongings and with assistance for shelters.  Three individuals were taken to a motel.