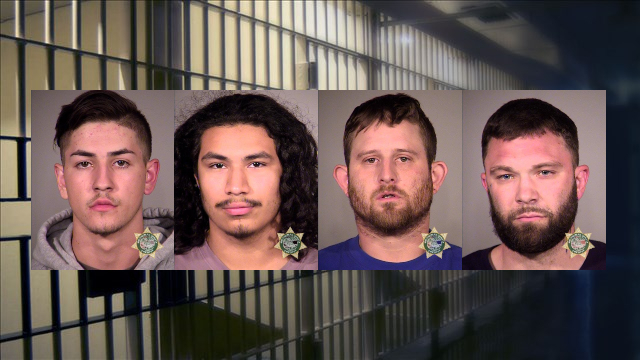 PORTLAND, Ore. — Four drivers were arrested and 24 were cited for illegal street racing in Portland on Sunday night.  Police stopped 27 cars during an enforcement mission in North and Northeast Portland.

The suspects arrested are: 18-year-old Daniel Strugar, 18-year-old Brandon Vargas-Sanchez, 29-year-old Alexander Lewis, and 31-year-old Troy Starks.  All of them are charged with reckless driving and three of the suspects also face reckless endangerment.  Lewis is also charged with being under the influence of intoxicants.

Police say they will continue to enforce the laws against individuals who are suspected of participating in illegal street racing.