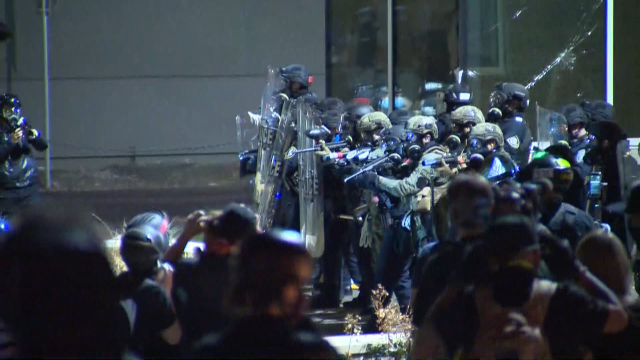 PORTLAND, Ore. — A riot broke out in the South Waterfront on Wednesday night and police made two arrests.  A few hundred people marched from Elizabeth Caruthers Park over to the Immigration and Customs Enforcement building on Macadam Avenue and Bancroft where they blocked traffic.

Demonstrators shined lights and lasers at federal officers inside the facility, threw large rocks and glass bottles at local and federal police, tagged the building with graffiti and broke windows.

Some people put up barricades in the street and moved a dumpster towards the building as if to set it on fire.

Officers were hit with large rocks, full cans of soda and a hammer leading to the riot being declared.  A cone was also thrown at an officer.

Police say lots of people in the crowd had shields and used them to resist their efforts to disperse the crowd.

While police were doing so using crowd control munitions and CS gas, a group lit a mattress and picnic table from a nearby business on fire in the middle of the street at South Gaines and Bond Avenue. 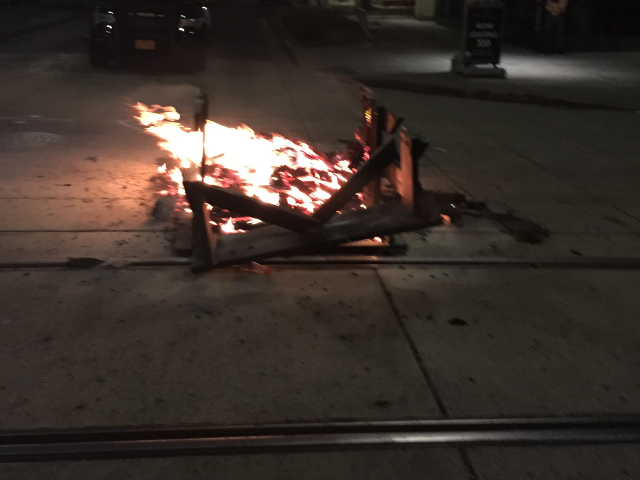 Most of the crowd cleared the area by 1:30am.